This patriotic woman celebrates our newly declared independence from England. Dressed in a blue gown with white petticoat and mob cap, her dress has pops of red in the detailing at the bottom of the skirt, at the sleeves, and with the bow at her neck. She holds a Betsy Ross flag in her hands.

Made in Pennsylvania, each Byers' Choice® figure is lovingly hand-detailed and dressed in period-inspired clothing. A wonderful Colonial Williamsburg memento!

The Betsy Ross flag is an early design of the flag of the United States. The flag is popularly attributed to Betsy Ross and uses the common motifs of alternating red-and-white striped field with five-pointed stars in a blue canton. The flag was designed during the American Revolution and features 13 stars to represent the original 13 colonies. The distinctive feature of the Ross flag is the arrangement of the stars in a circle. Although some flag historians and revisionists do not accept the Betsy Ross design as the first American flag, the Betsy Ross story is accepted by most Americans. According to the traditional account, the original flag was made on July 4, 1776, when a small committee - including George Washington and relative George Ross - visited Betsy and discussed the need for a new American flag. Betsy accepted the job to manufacture the flag, altering the committee's design by replacing the six-pointed stars with five-pointed stars. 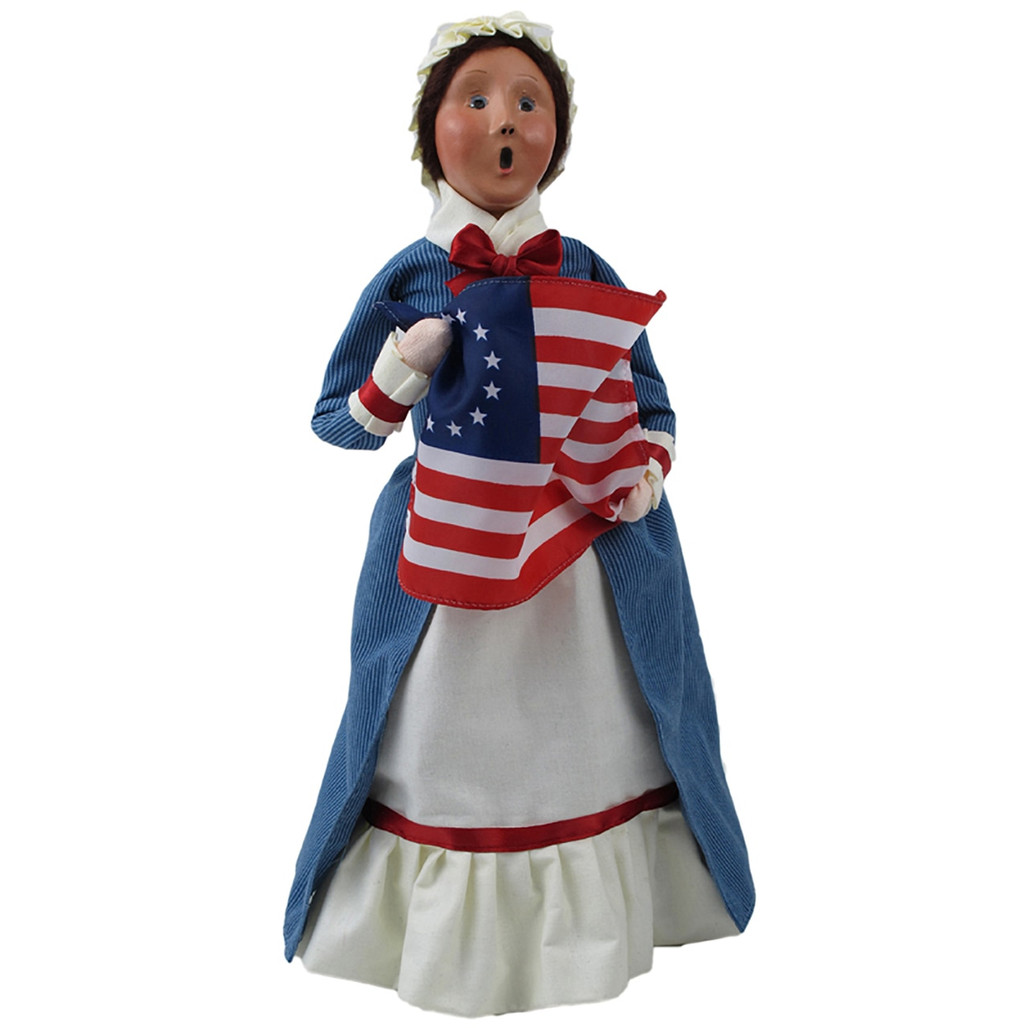