Featuring Colonial Williamsburg's famous Fifes & Drums Corps, this gold-trimmed ornament reminds you of your favorite place to spend the holidays.

With the onset of war in 1775, Virginia began to train an army to defend against a British invasion. Fifers and Drummers were an important part of the 18th-century military. Just as Virginia enlisted soldiers and stockpiled arms and ammunition, it also trained fifers and drummers to work with soldiers in the field. In the 18th century, fifers and drummers tended to be boys ages 10 to 18. Today, in modern Williamsburg, members of the Fifes and Drums are boys and girls ages 10 to 18. 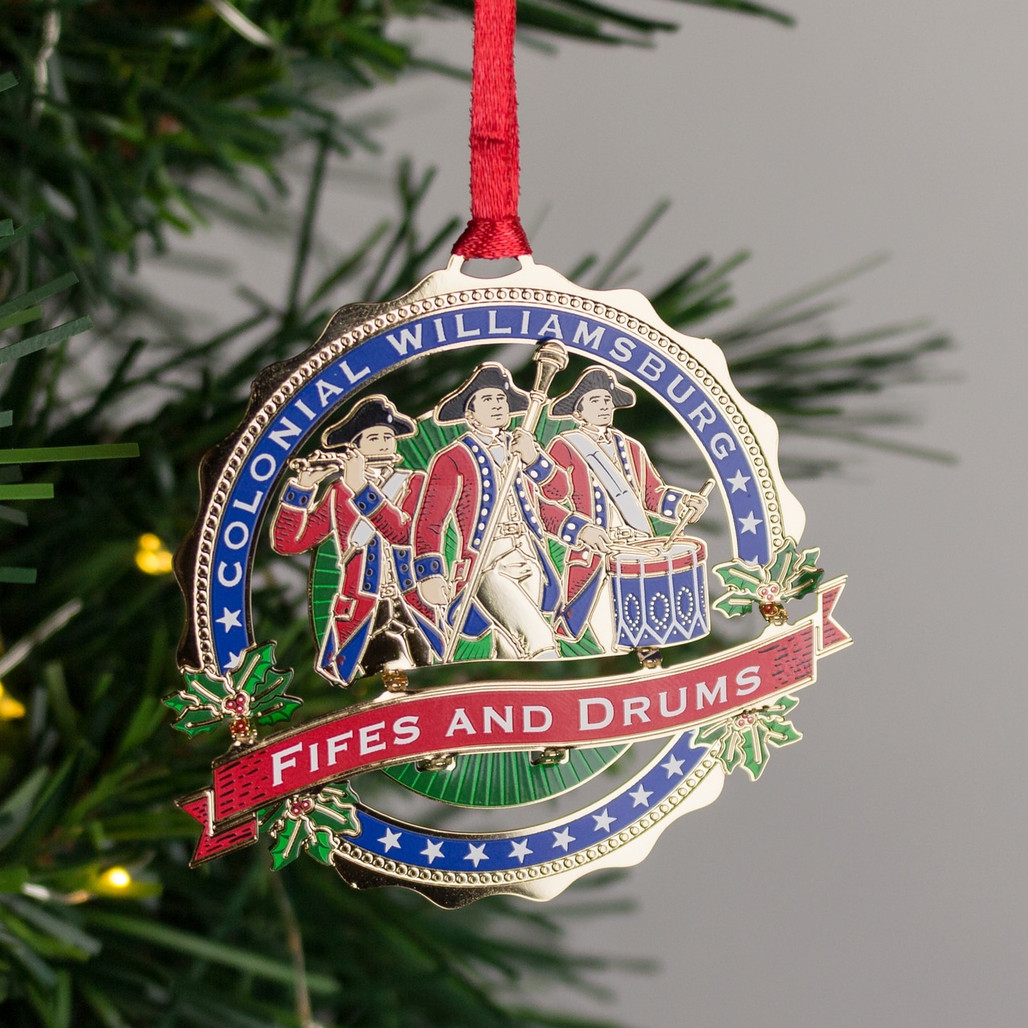