The original hand-tinted print dates from 1782 and shows jovial "Hotchpotch" characters contorting themselves (quite instructively, we might add) into the letters of the alphabet. As was typical at the time, J and U are omitted - most people used I and V instead. We've adapted these delightful images into a puzzle, a coloring book and playing card backs.

Children's toys of the 18th century were often intended to instruct as well as to entertain young ladies and gentlemen. The Comical Hotch-Potch of the Alphabet turn'd Posture-Master was first printed in London in 1782 by well-known publisher Carrington Bowles. An original example of the print is in the Colonial Williamsburg print collection. Following the custom of the times, the print has only 24 letters. "J" and "U" are missing as many people continued to use "I" and "V" respectively. Try bending yourself into the letters of the Alphabet. 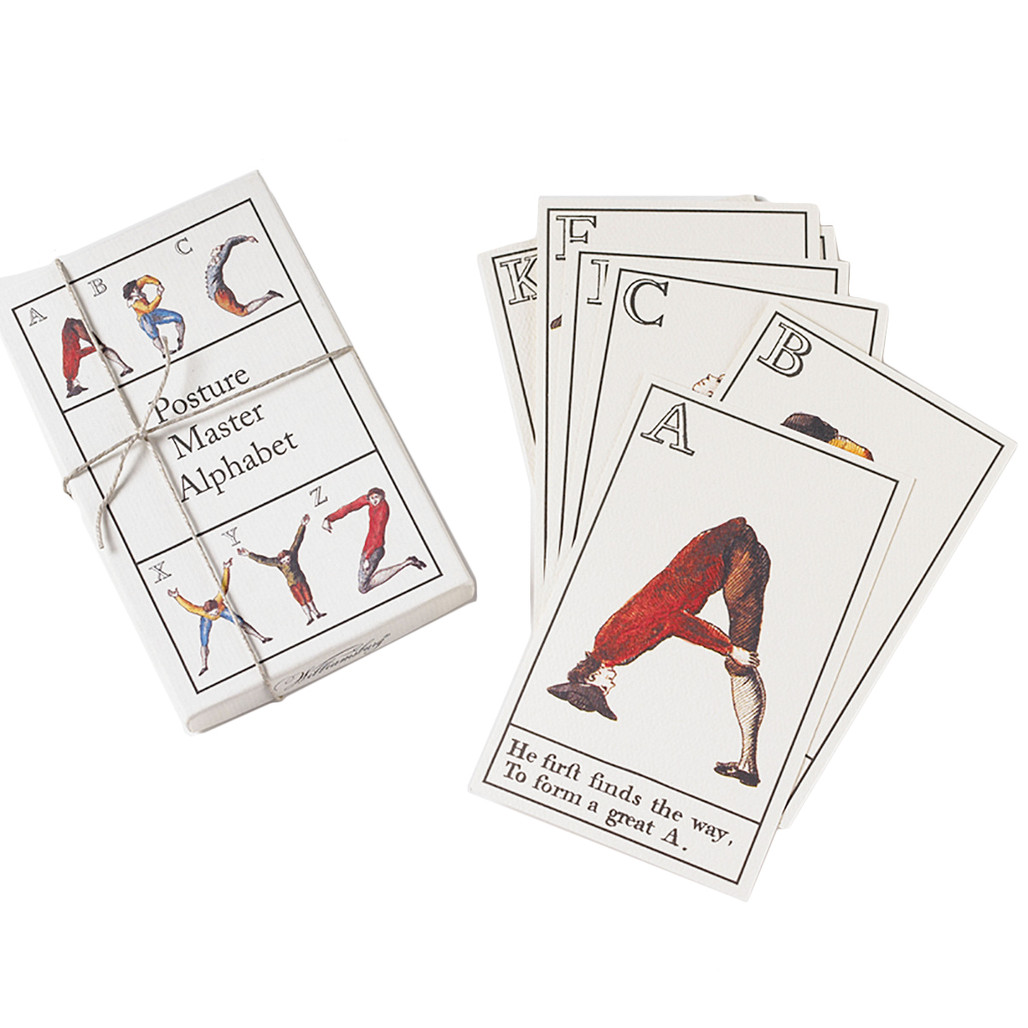