Symmetrical swirls give this elegant jewelry majestic allure. The cipher design, an entwined W and M, was inspired by the royal monogram of England's King William III and Queen Mary II. Beautifully made of solid sterling silver with a chain each pendant is polished to a deep, glistening shine.

Clean with a silver polishing cloth.

King William III and Queen Mary II, England's only joint monarchs, had a profound effect on Williamsburg, the colonial capital named for the king. In 1693, they granted a charter to establish a college in the Virginia colony. The new school was called the College of William and Mary in their honor. Today it claims distinction as the nation's second oldest college and one of its most prestigious academic institutions. 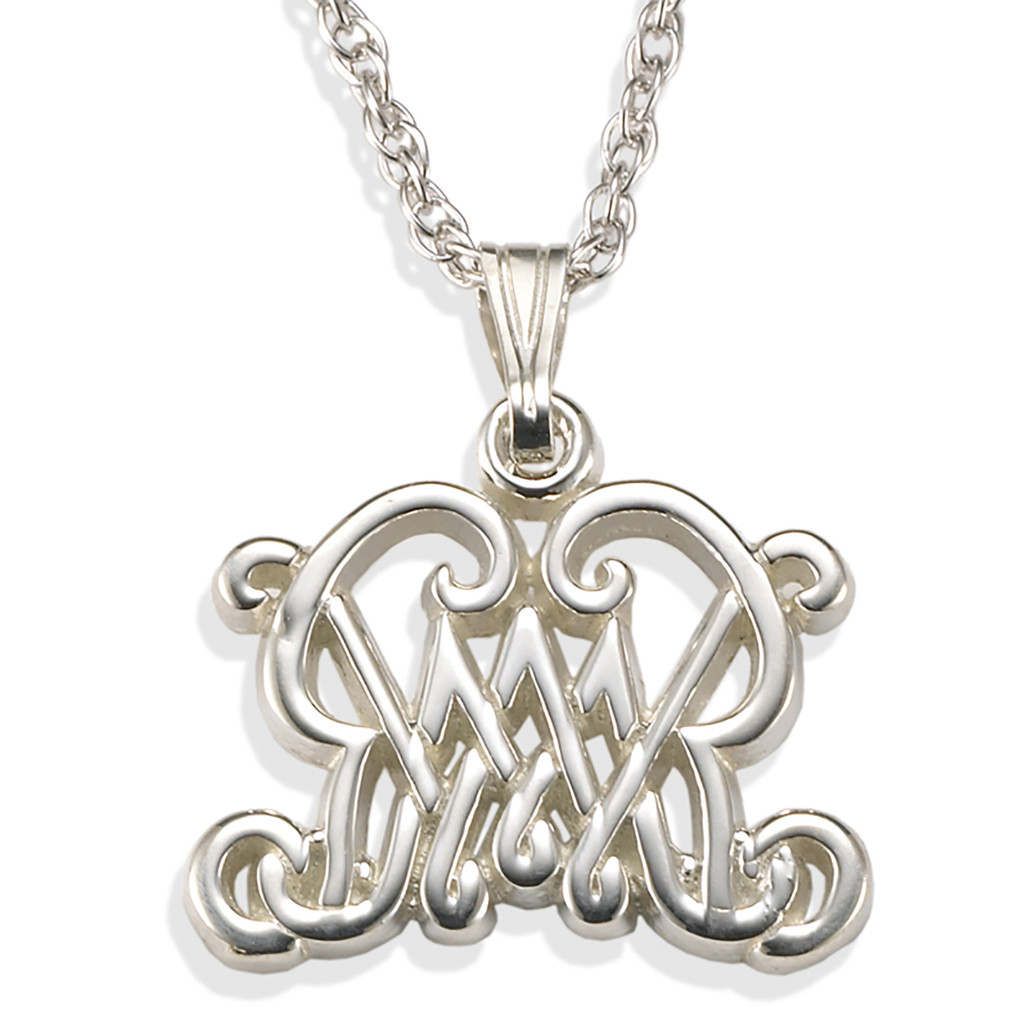