Inspired by the widespread tavern culture of the 18th century, this brown and red dishtowel bears the emblem of a cask that says Lifes essentials include Wine. 28L x 18W.

The Red Lion Inn, located on Duke of Gloucester Street, was one of Williamsburgs first public houses. The Red Lion was such a popular name for taverns that in Essex County, England, alone there were 32 Red Lion Inns. They were also found widely scattered throughout the American colonies. This tavern in Williamsburg was owned by John Crump at the beginning of the 19th century. 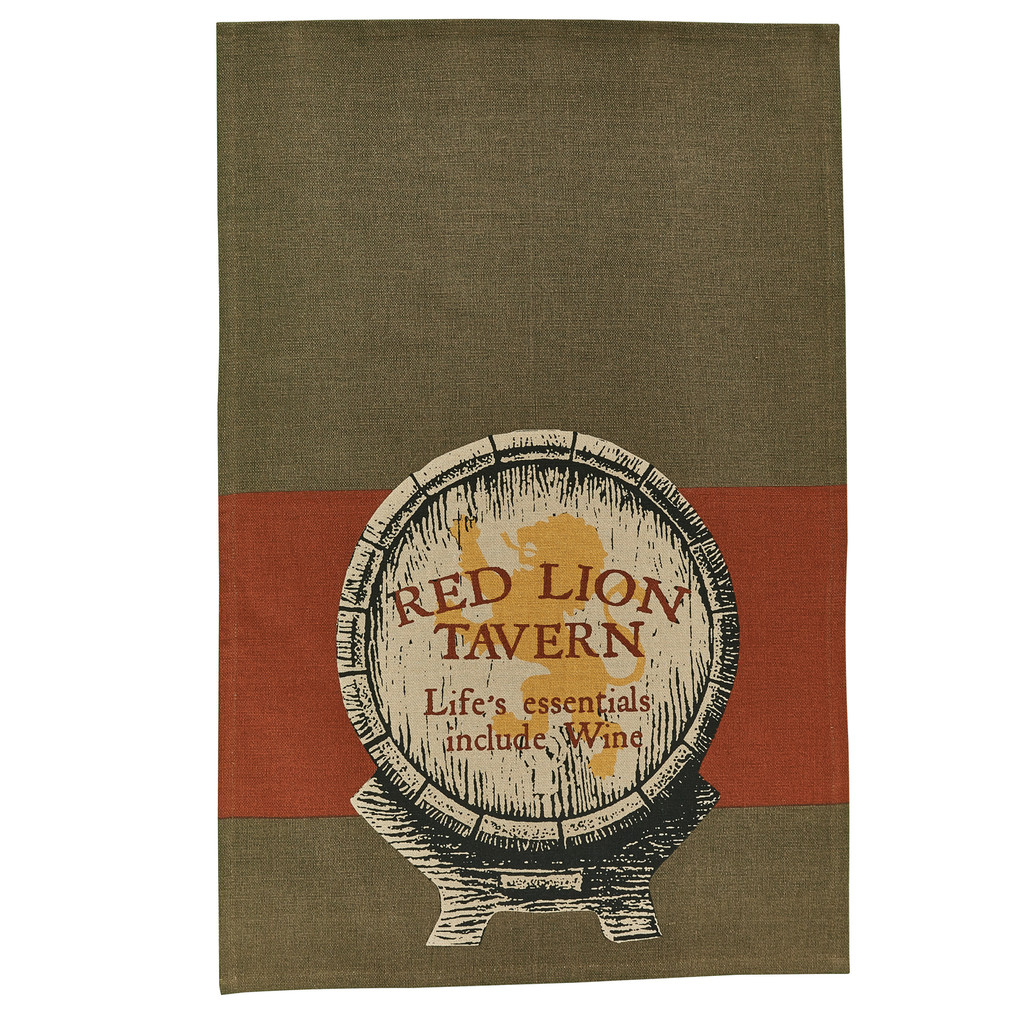