Checkers has been a family favorite for centuries. A must-have in every home, this wooden checker set was adapted from an antique set in the Colonial Williamsburg Foundation collection. The checkers illustrate different fables from Aesop. Aesop's fables were very popular in the 18th-century and served as design sources for textiles and ceramics as well as widely published in books. Checkers also has a long history. As early as the mid-1500s, books were written on the game. In the 18th century, checkers steadily rose in popularity. Beautiful enough to display when not in play, this checker set makes a lovely gift.

The board game called "Checkers" in North America and "Draughts" (pronounced as "drafts") in Europe is one of the oldest games known to man. The history of checkers can be traced to the very cradle of civilization, where vestiges of the earliest form of the game was unearthed in an archeological dig in Mesopotamia, which is now modern day Iraq. 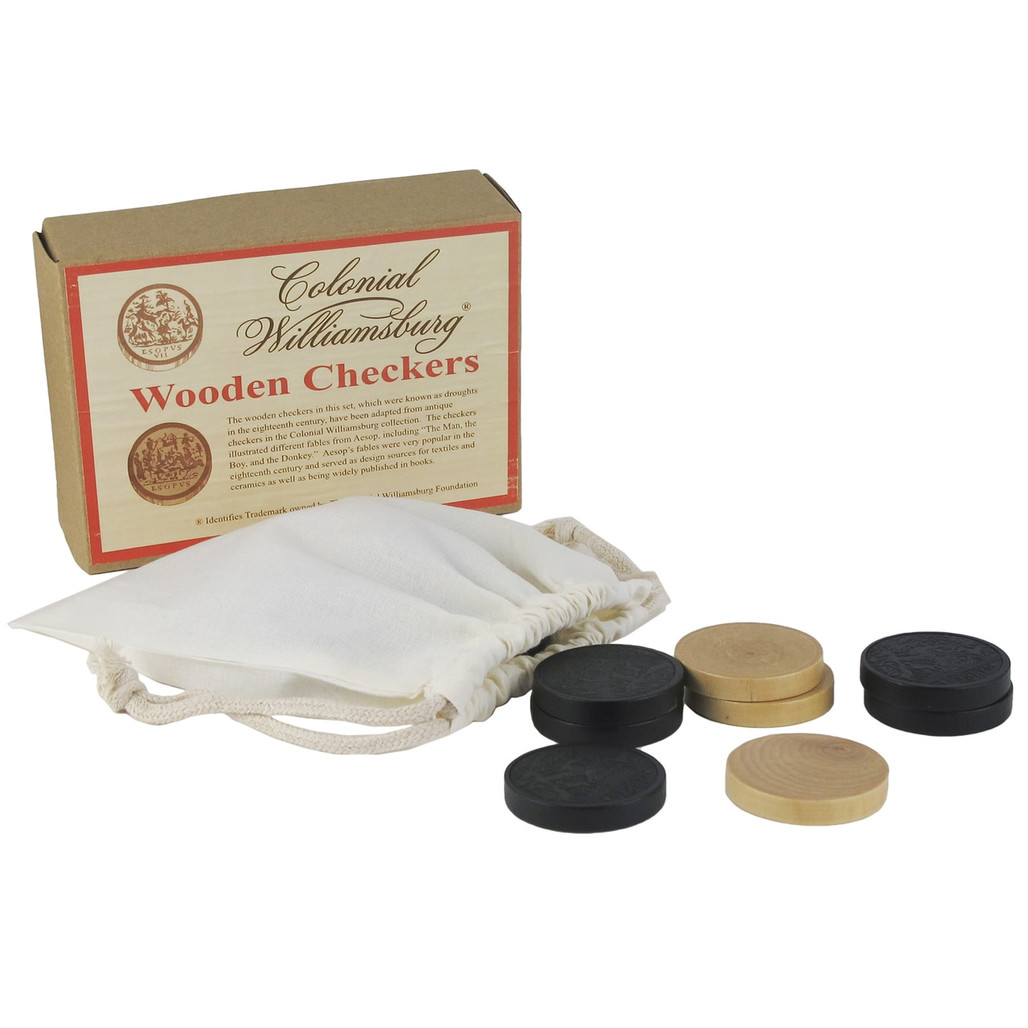