The Course of History: Ten Meals That Changed the World

Some of the most consequential decisions in history were decided at the dinner table, accompanied - and perhaps influenced - by copious amounts of food and drink. The Course of History: Ten Meals That Changed the World is a fascinating book that explores ten of those pivotal meals, presenting the contexts, key participants, table talk, and outcomes of each. It offers unique insight into the minds and appetites of some of history’s most famous and notorious characters, including Bonnie Prince Charlie, George Washington, Alexander Hamilton, Thomas Jefferson, Adolf Hitler, Winston Churchill, Joseph Stalin, Mao Zedong, and Richard Nixon.

Celebrity chef Tony Singh has researched the menus and recipes for all ten dinners down to the last detail and recreates them here. The book contains fifty-five recipes from soup to desert and lists the spirits as well.

Struan Stevenson is an activist and politician who served three terms as a Member of the European Parliament for Scotland, from 1999 to 2014. He is an award-winning author, lecturer, newspaper feature writer, and broadcaster, and has lectured at some of the world’s leading universities, including Cambridge, Edinburgh, and UC Berkeley. He lives in Ballantrae, Ayshire, Scotland.

Tony Singh, MBE is a Scottish chef and restaurateur, and a member of the Royal Academy of Culinary Arts, Master Chefs of Great Britain, Craft Guild of Chefs. He has received numerous awards and honor, is the author of several cookbooks, and has been featured on television cooking shows. He lives in Edinburgh. 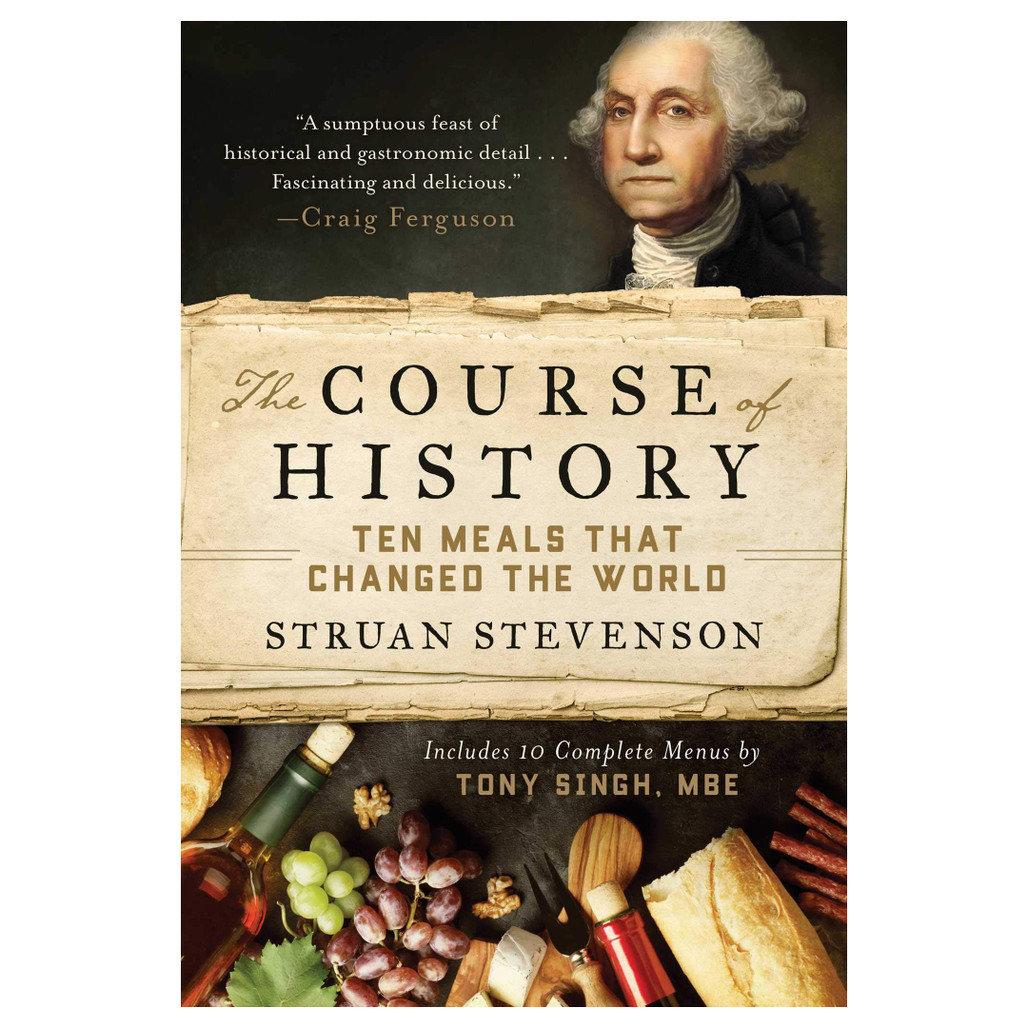 The Course of History: Ten Meals That Changed the World