These fine teas, specially blended for Colonial Williamsburg, include varieties that delighted colonial tea enthusiasts. In 1768, colonists consumed more than a million pounds of tea. Their willingness to boycott tea in the 1770s is a testament to their passion for revolution. Earl Gray is an early 19th-century blend of fully fermented black teas with a tangy, pungent note introduced by bergamot orange oil. It is especially popular as a breakfast tea. Earl Grey was introduced in England in the early 1800's. It was named after the 2nd Earl Grey, British Prime Minister in the 1830's. 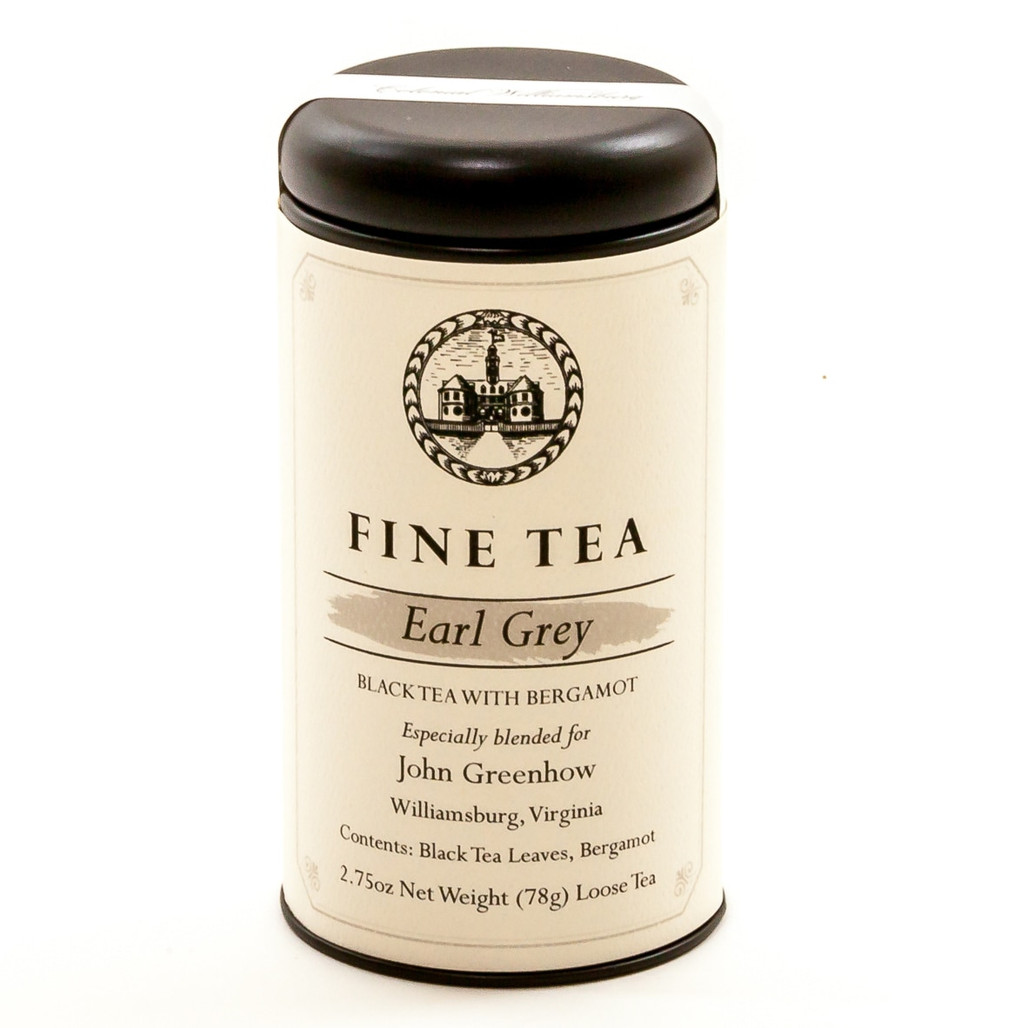