History comes to life in this giclée canvas print of “George Washington Facing the Enemy” by Pamela Patrick White. A stoic Washington is depicted during the time of the Revolutionary War. This 11” X 14” print comes pre-matted and ready-to-frame. Add a touch of history to your home with this beautiful print.

Most images of George Washington show him in his later years, but the “father of our country” was only in his 40’s during the American Revolution. Here he is shown at the age of 42, during the Battle of Brandywine in Pennsylvania. This was the largest land battle of the war, covering 14 miles and involving thousands of troops from each side of the conflict.

Pamela & Bryant, husband and wife, paint artwork portraying scenes and occurrences of 18th Century America, focusing on the American Revolutionary War, the French and Indian War, as well as Eastern Woodlands Native Americans. The intent of their collections is to create an online gallery of visual history for teachers and non-profit organizations to use and as an inspirational teaching tool. 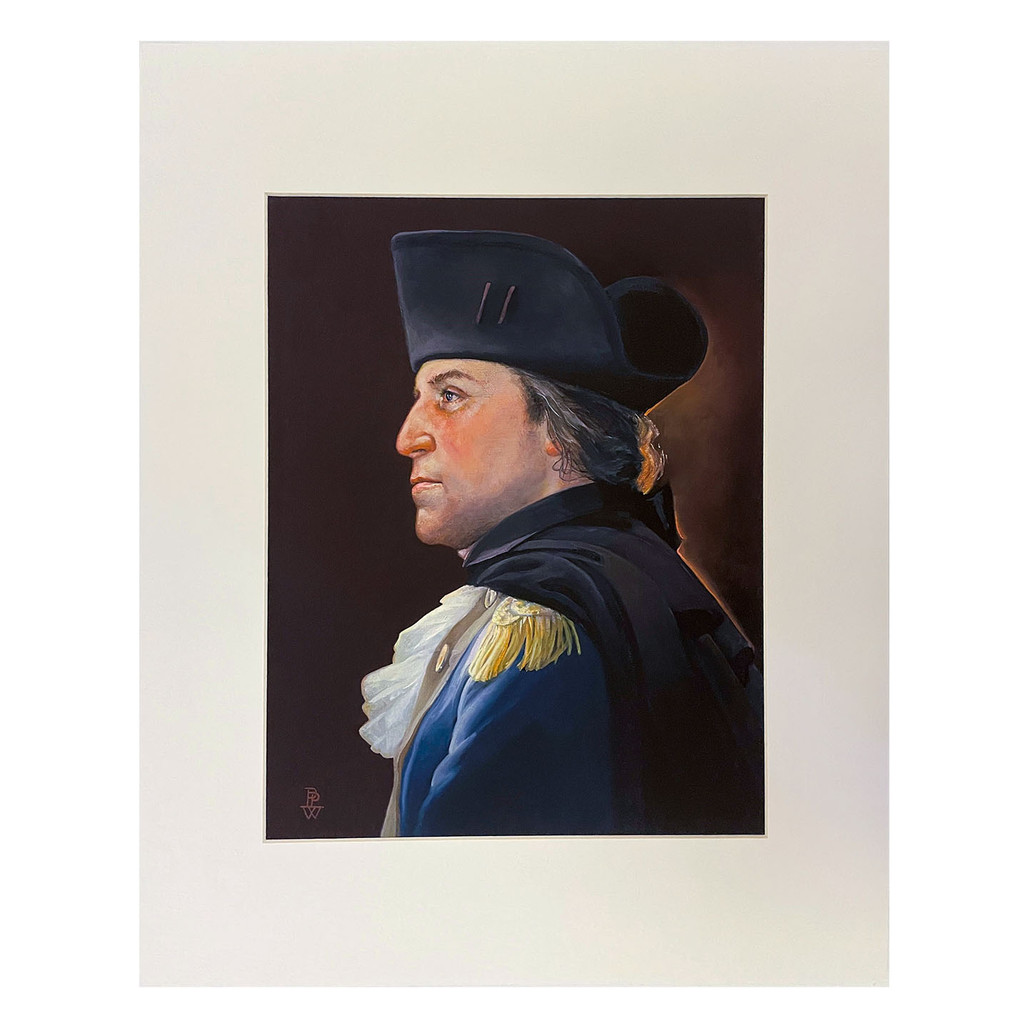