Toys of the cup & ball family had already been favorite childhood amusements for many centuries by the time of settlements in the North American colonies, and they have remained popular throughout American history. In the more difficult bilbo catcher variation from Bilbao, Spain, the ball can also be caught on the tip of the opposite side of the spindle by a hole drilled in the ball.

Children's toys were advertised for sale by Williamsburg merchants and milliners during the 18th century. Colonial Williamsburg offers a selection of toys copied from antiques in our collections and others inspired by 18th-century paintings and prints. Two toys popular in the Virginia colony were the birch bilbo catcher (ball and stick) from Bilbao, Spain, and the oak hoop, a game that has existed since the time of the ancient Egyptians. 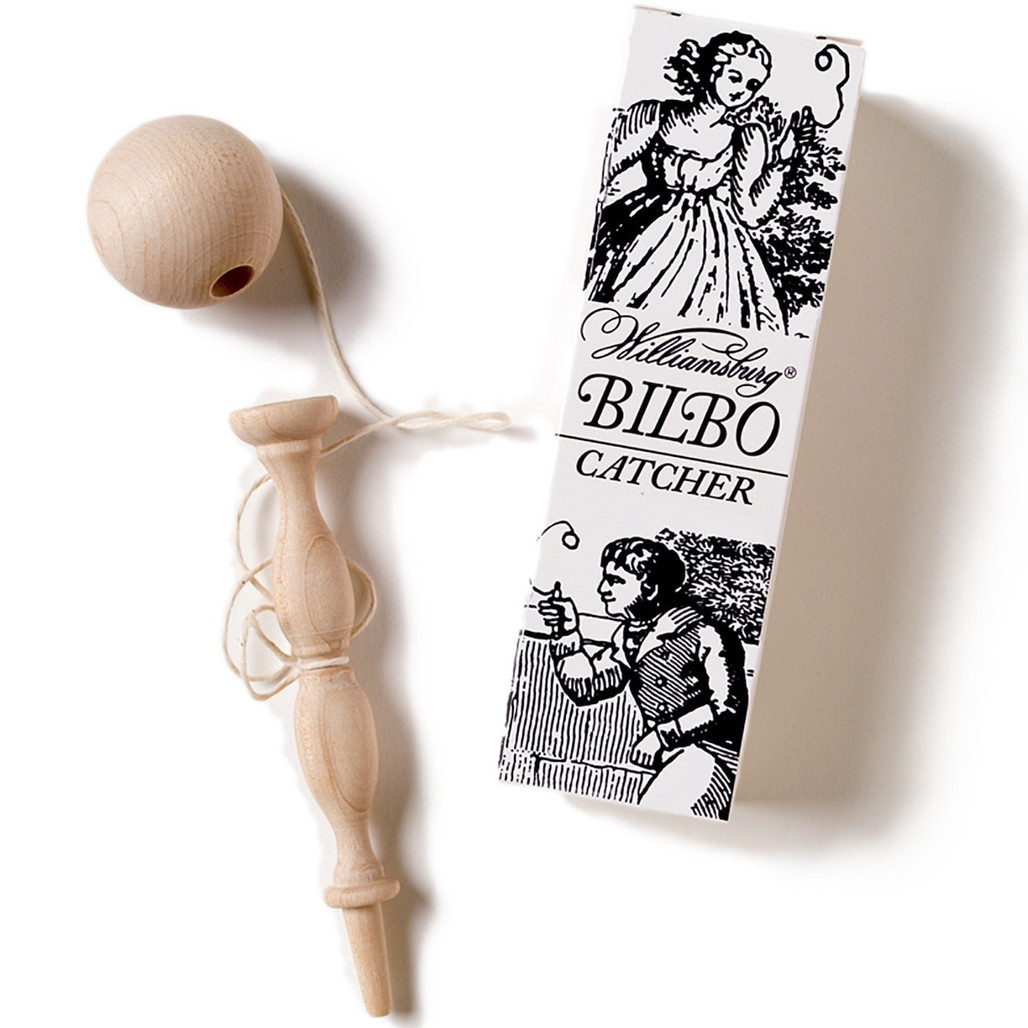