On any given day in Colonial Williamsburg, you'll see cocked hats and mob caps galore, on visitors as well as interpreters. They help create the 18th-century ambiance, look pretty natty and are fun to wear. This Child's Mob Cap has a ribbon bow and is adjustable.

Advertisements in the Virginia Gazette indicate colonial merchants and milliners offered a "large and fashionable assortment" of caps, hats and bonnets for sale in their shops.
Women's heads were nearly always covered, indoors and out. The mob cap was popular for decades and despite a name that implies that the style was worn by the masses of common people, the cap was adopted by upperclass ladies as well. 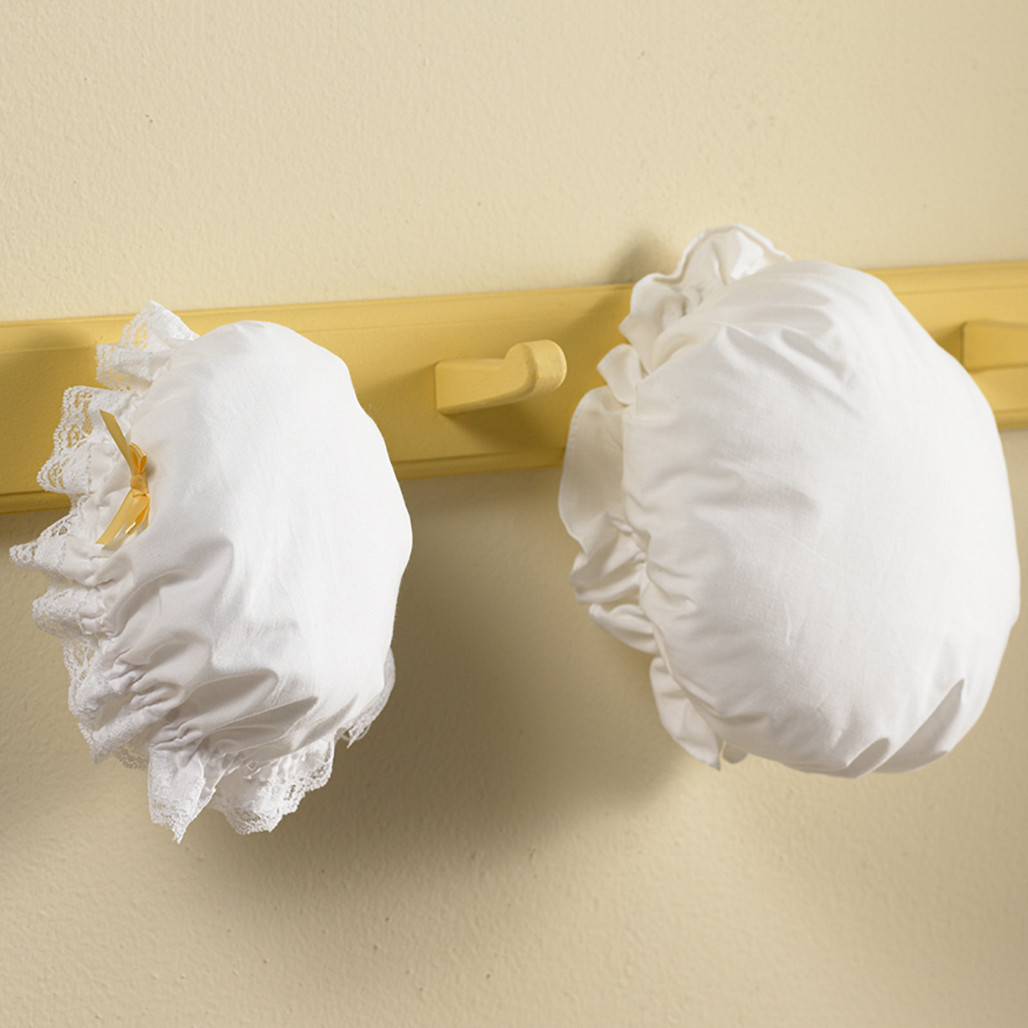