Could Williamsburg be one of Santa's favorite places? Certainly looks to be the case for this jolly santa ornament which features an image of the Governor's Palace scene and the word "Williamsburg." Home to seven royal governors and the first two elected governors in Virginia, the Palace was meant to project British authority and wealth. From the large display of period swords and guns to the elegant decor and grand ballroom, the Palace was built to impress. The pattern on this Santa figure's clothes is inspired by traditional Fraktur designs. This collectible combines the unique folk art of Jim Shore with the rich history of colonial America. The stone resin ornament makes an ideal gift for any folk art or Santa collector.

Later settlers—especially the Dutch and the Pennsylvania Germans—began to incorporate their European traditions of Santa Claus into Christmas celebrations here. After the American Revolution, New Yorkers remembered with pride the colony's nearly-forgotten Dutch roots. St. Nick was heavily promoted through the New York Historical Society in the early 1800s, and his popularity spread with the 1823 publication of "A Visit from St. Nicholas," now more commonly known as "The Night Before Christmas." 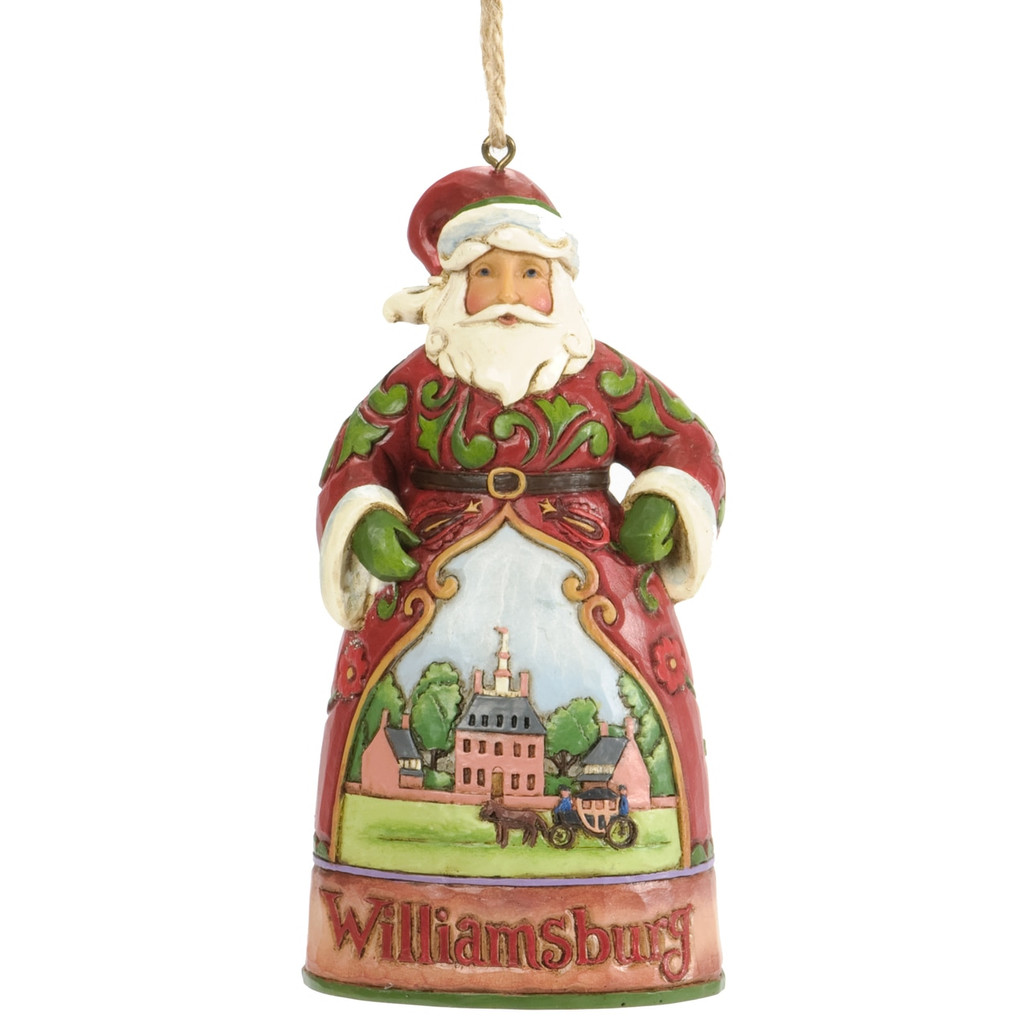