Reproduced from an original watercolor by Williamsburg artist Marcia Long, this beautiful King's Arms Tavern Giclee Framed Print  offers the perfect opportunity to bring your favorite memories of the Historic Area into your home.

King's Arms Tavern was run by Jane Vobe, one of Williamsburg's most successful tavern keepers. In 1772, she announced her location as "opposite the Raleigh, at the Sign of The King's Arms", a name that she changed to the Eagle Tavern after the Revolution. During the Revolution, when Mrs. Vobe supplied food and drink to American troops, Baron von Steuben ran up a bill of nearly 300 Spanish dollars for lodging, meals, and beverages. The King's Arms Tavern now offers traditional southern dishes served in an atmosphere reminiscent of colonial days.

Beautifully matted, set under glass, and framed in gold, this image is part of series created by Long to capture the gracious landscape of Colonial Williamsburg's Historic Area.

After Jane Vobe opened the King's Arms Tavern in 1772, it became one of the town's most genteel establishments. Present-day diners can savor traditional southern fare, sumptuous desserts, and after-dinner cordials in surroundings an 18th-century traveler would recognize.

In the 18th century, Williamsburg's taverns provided comfortable lodgings for travelers as well as serving as places to gather for meals, conversation, and entertainment. Proprietors prided themselves on serving filling meals using the freshest ingredients. Today, Colonial Williamsburg's historic dining taverns carry on these traditions by providing a relaxed and comfortable setting for diners to experience some of the flavor of the 18th century— through atmosphere, entertainment, and food. 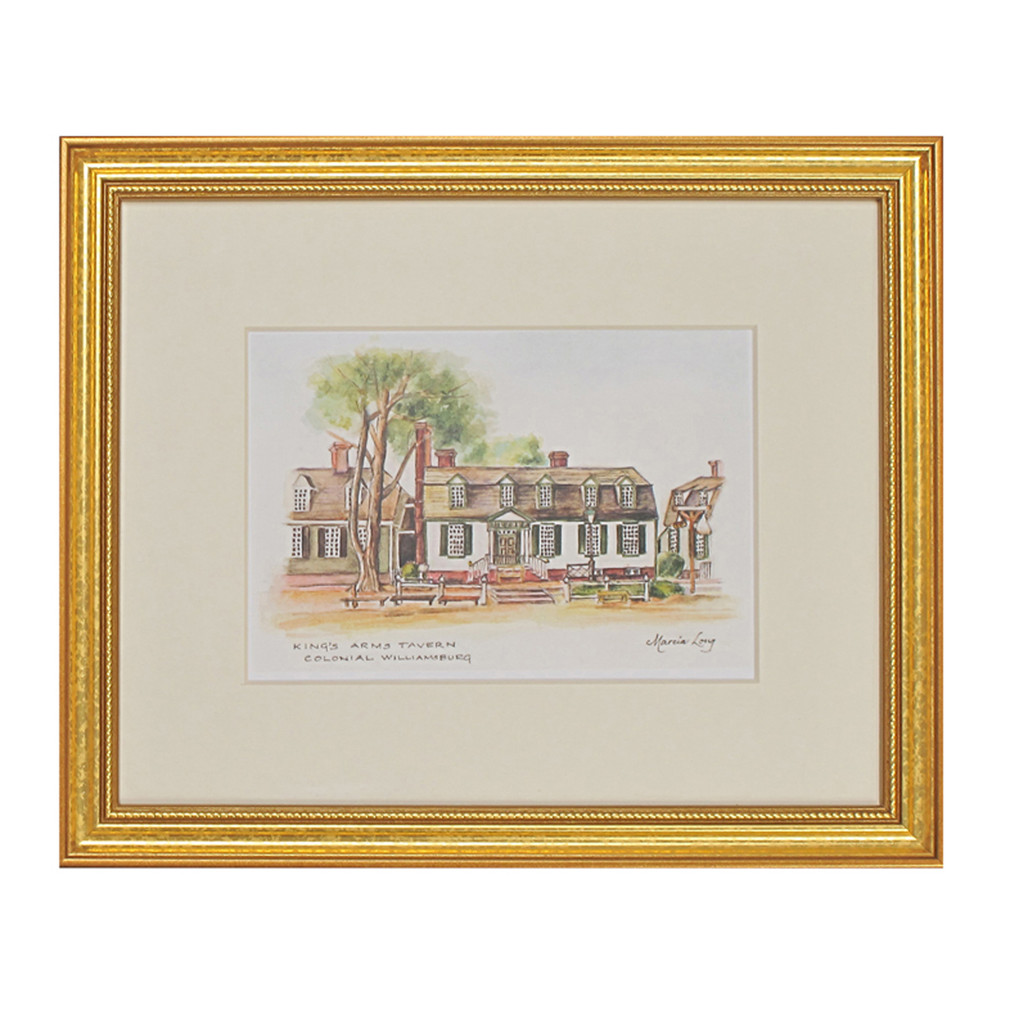