Guaranteed to bring a smile, this Thomas Jefferson Bobblehead figure celebrates the legacy of our nation builders and reinforces the history taught by the Colonial Williamsburg experience.

A Virginia native, Thomas Jefferson spent many significant years in the capital city of Williamsburg. He studied law at the College of William and Mary with his mentor George Wythe and served as wartime governor of his home state. A horticulturist, statesman, architect, and inventor, Jefferson was the third President of the United States and founder of the University of Virginia. He achieved distinction as the principal author of the Declaration of Independence and is widely considered one of the most influential Founding Fathers. His words "All men are created equal" have been recognized as some of the most powerful and influential words in American history. 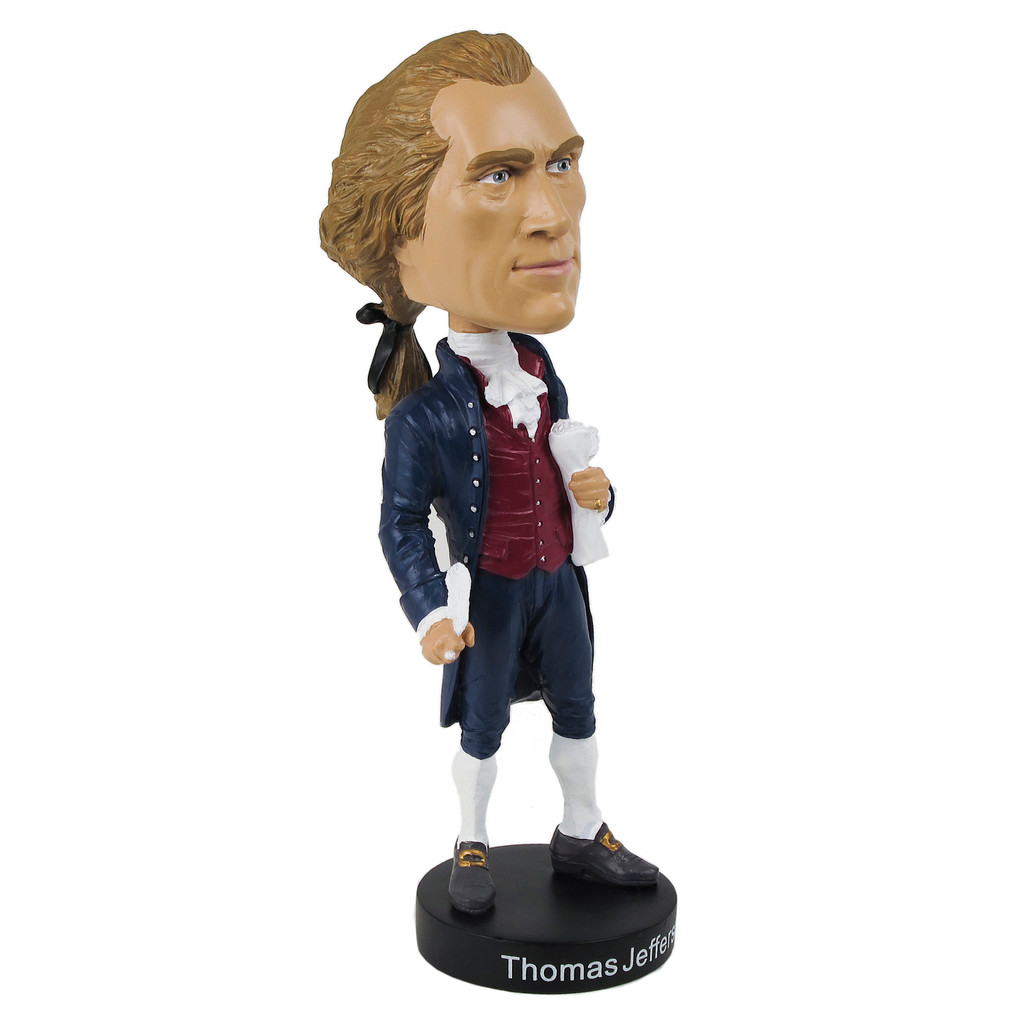