Reproduced from an original watercolor by Williamsburg artist Marcia Long, this beautiful giclée print offers the perfect opportunity to bring your favorite memories of Williamsburg into your home.

Constructed in 1733, the President's House of the College of William and Mary is the country's oldest and most historic residence for a college president. The 300-year old brick Georgian home served as a French military hospital during the Revolutionary War and has hosted many renowned political figures over the centuries. When restoration of Williamsburg began in the early 1930s, the President's House was an early priority. The home is handsomely furnished with authentic English and American antiques and decorated with colonial portraits from the collections of the college's Muscarelle Museum of Art.

Beautifully matted, set under glass, and framed in gold, this image is part of a series created by Long to capture the gracious landscape of Colonial Williamsburg's Historic Area.

The William and Mary President's House was built in 1732-33, and every college president has lived there except for Robert Saunders (1846-48), who chose instead to stay in his home on the Palace Green. Noted visitors have included George Washington, Thomas Jefferson, James Madison and John Tyler, along with every president from Woodrow Wilson to Dwight D. Eisenhower. Foreign dignitaries welcomed here include the Marquis de Lafayette, Queen Elizabeth II, Prince Philip, Winston Churchill and Charles, the Prince of Wales. 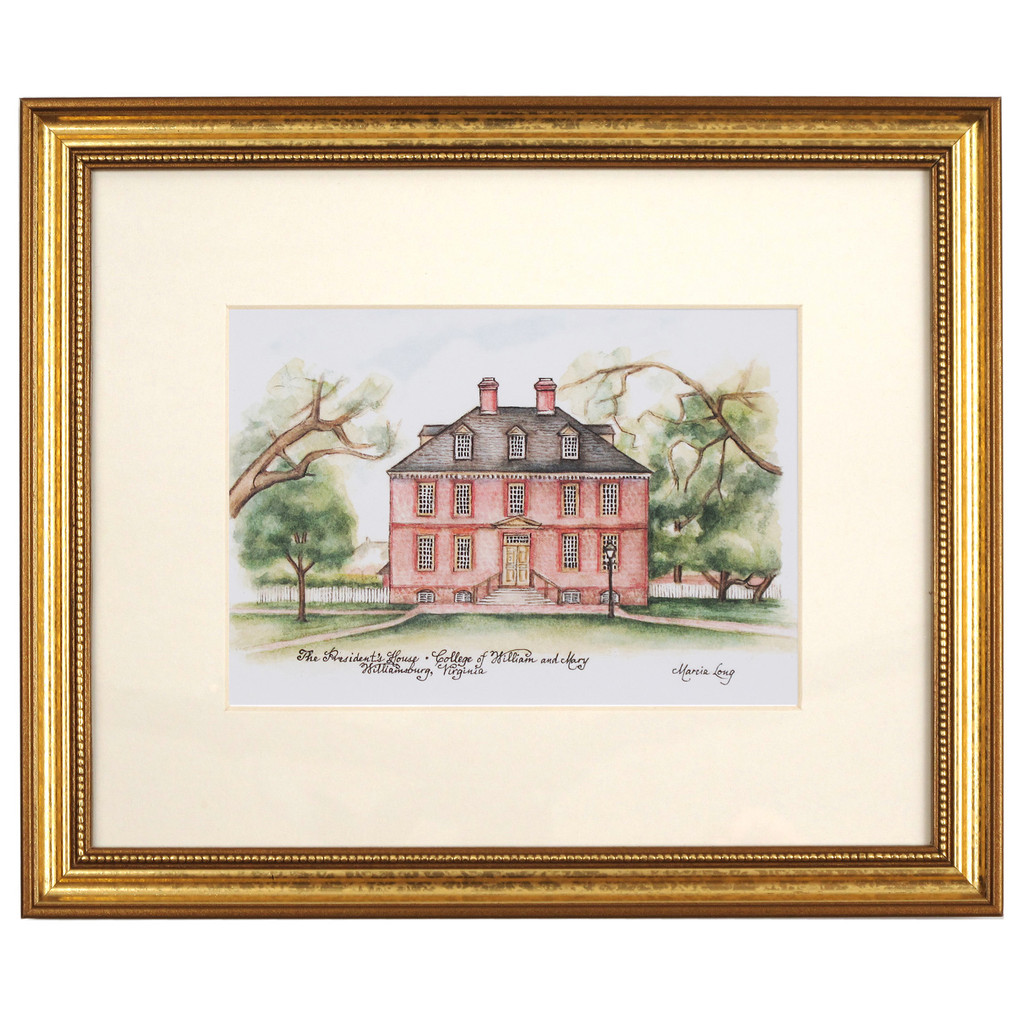