Send Christmas greetings with a charming image of one of the Historic Area's most handsome colonial homes. The fanciful artwork depicts the George Wythe House during a winter snowfall with a well-appointed stagecoach riding past. It's a charming scene our visitors can experience firsthand on horse-drawn carriage rides through the Historic Area.

The George Wythe House on Palace Green belonged to George Wythe, a leader of the patriot movement in Virginia, delegate to the Continental Congress, and Virginia's first signer of the Declaration of Independence. The house also served as General George Washington's headquarters just before the British siege of Yorktown, and French General Rochambeau made the home his headquarters after victory at Yorktown. In 1776, the house accommodated Virginia General Assembly delegate Thomas Jefferson and his family. 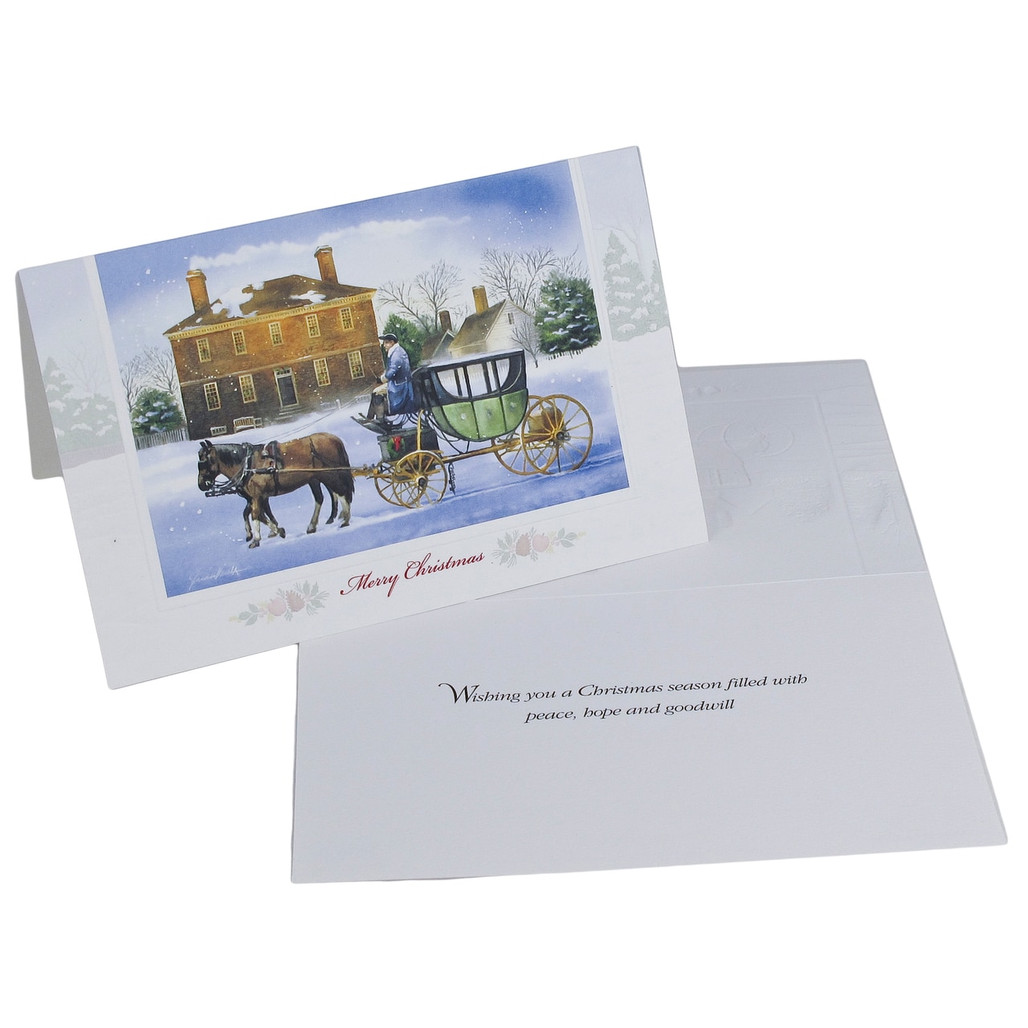