This sterling silver ring, based on an antique in Colonial Williamsburg's collections, consists of three bands joined at the base in such a way that, when closed, the two hands are clasped one in the other. Gimmel rings were often used as wedding rings in the 18th century. Available in sizes 6, 7, and 8.

The gimmel ring (from the Latin gemellus meaning twin) has symbolized friendship and marriage since Roman times. Gimmel rings were often used as wedding rings in the 18th century. Traditionally, the conjoined rings were separated at the engagement ceremony; the outer bands were presented to the bride and groom and the middle band to a close friend of the bride. At the wedding ceremony, the bands were reunited on the third finger of the bride's left hand. 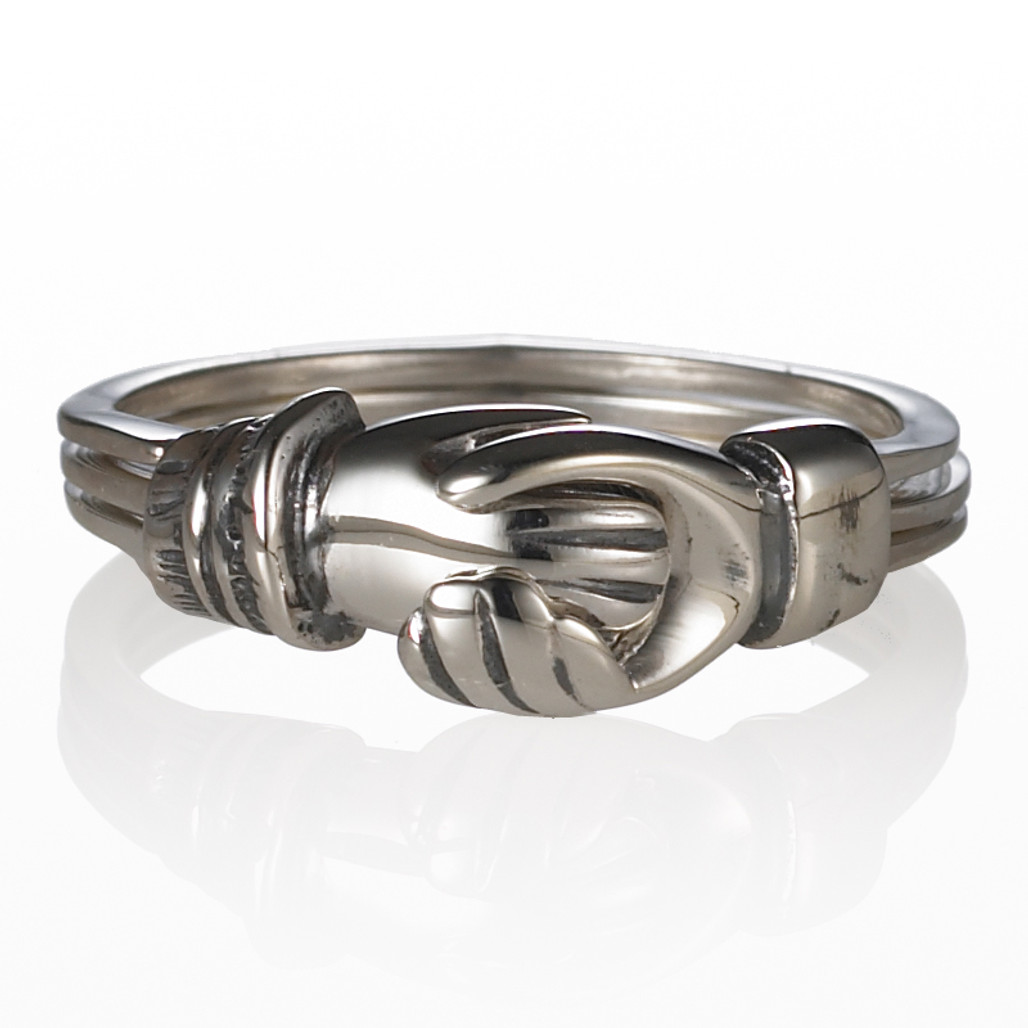