During the 18th century, "macaroni" was the satirical term for men who sported elaborate clothing and continental affectations. Lampooning various occupations and specific styles, these are reproductions of period cartoons.
Unframed measure 9" x 6".

These amusing prints are copies of English caricatures produced between 1765 and 1790. The satirical jibes were directed at the young moderns of the time, known as "macaronies."

A group of privileged young Englishmen adopted styles and manners they had admired during their travels in Italy and France. They formed the Macaroni Club (macaroni being virtually unknown in England at the time), an eating club where they vied with one another in matters of dress and manners. Extremes developed and soon spread into larger society.

With ribbon-and-lace festooned clothing, prim-verging-on-prissy manners and absurd coiffures, macaronies (both male and female) were subjects of ridicule.

Colonial Williamsburg's collection includes more than 50 examples of macaroni prints. Several of these antiques may be seen in the Raleigh and Wetherburn's Taverns. 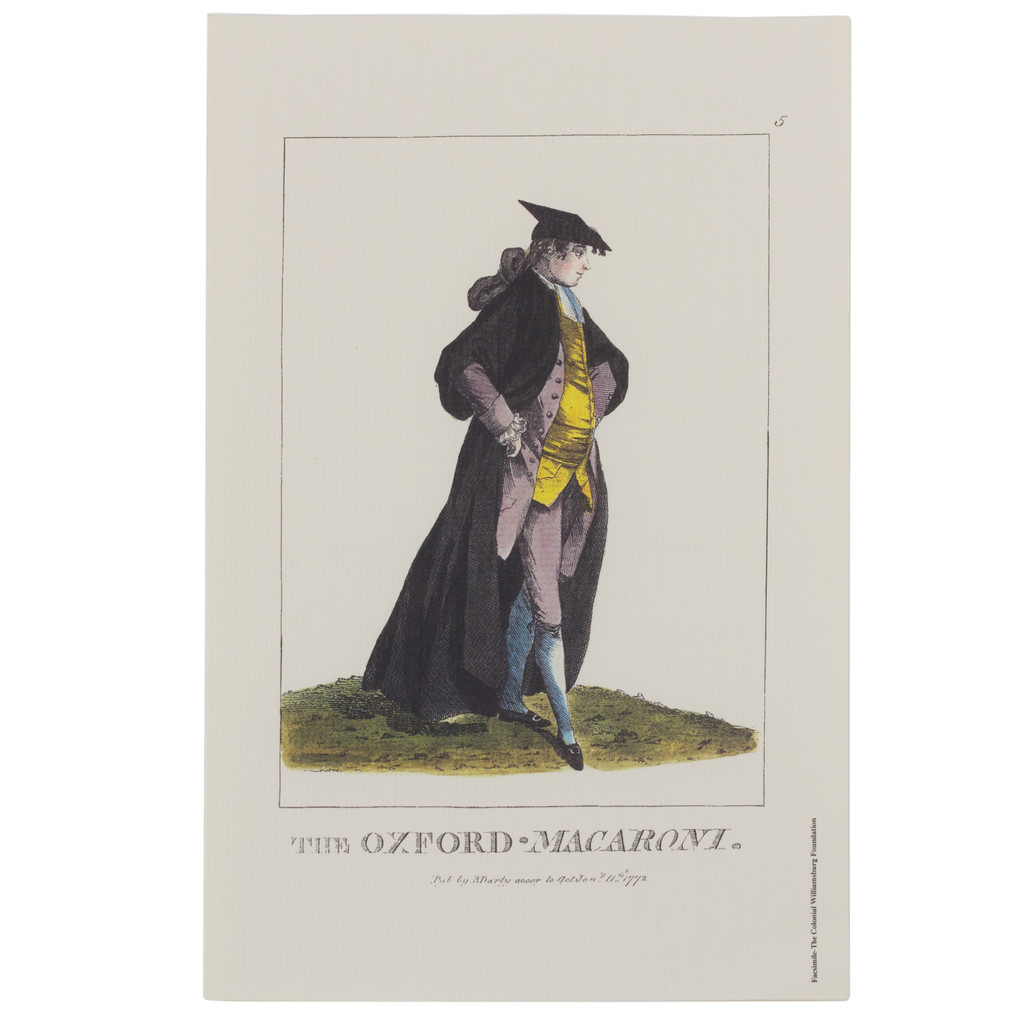