Entitled "Bowles's New Pocket Map of the Most Inhabited Part of New England," this highly detailed map was originally published in London by Carington Bowles circa 1775. Showing county and township divisions in each of the New England colonies, and locating rivers, roads and villages, this map is a fascinating portrait of the region on the eve of the Revolutionary War. Vermont appears as part of New York. The Hudson Valley and Champlain regions in New York are also depicted. Insets show plans of the town and harbor of Boston. The map is crisply printed on rag content paper to resemble the original. 23"H x 17 1/2"W 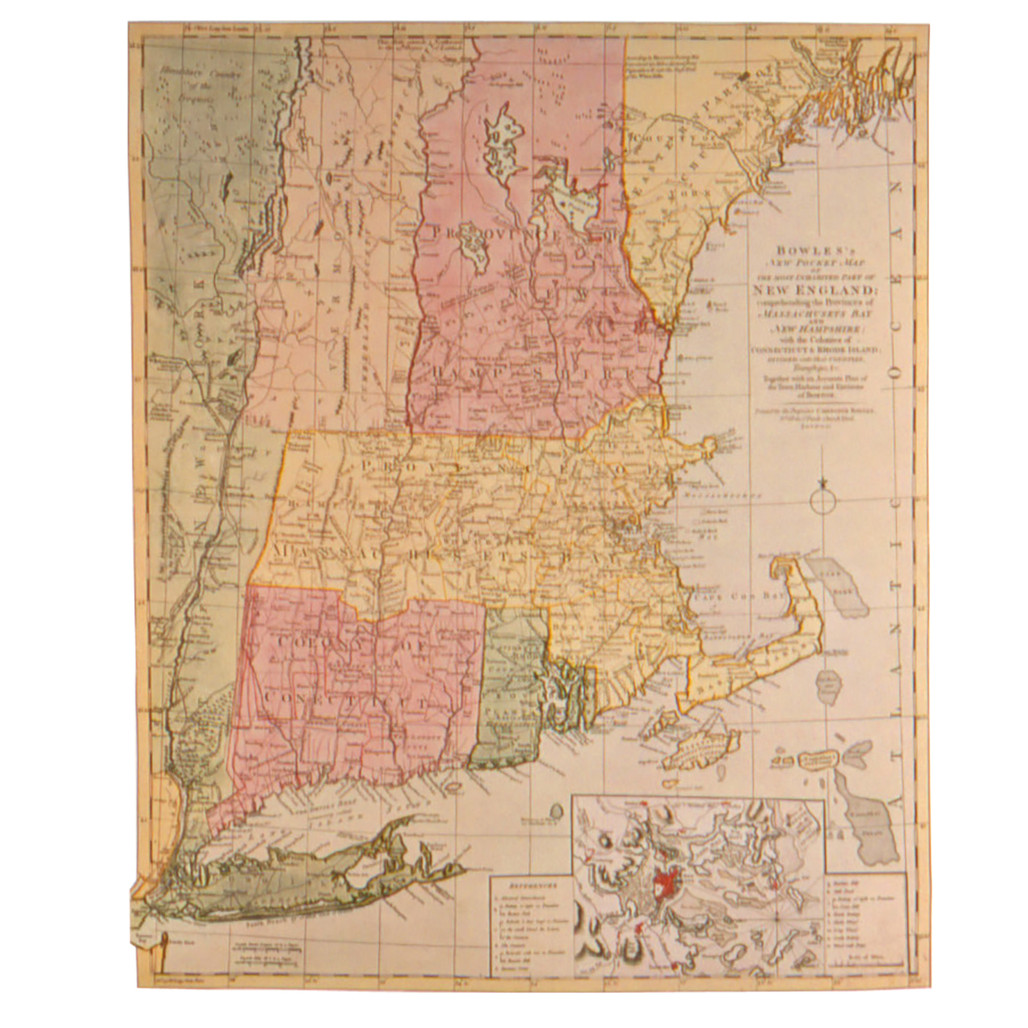