A goose feather quill pen and powdered ink were the basic writing instruments in the 18th century. Our quill pens are made from the finest quality bleached white goose pointers. The nib may be re-sharpened and re-shaped as often as necessary.

References to the feather quill pen occur as early as the 6th century AD, as the scribes of the medieval European monasteries and the great Islamic libraries safeguarded their collections of illuminated manuscripts against the perils of the Middle Ages. The history of Europe and the Americas continued to be written with the quill pen as patriots, artists, and scholars created their lasting contributions to civilization. Although mass-produced steel pen points replaced the quill pen in common use by the late 19th century, the fine sharpness and flexibility of the quill nib still gives enjoyment to the calligrapher and the artist as well as the historian. 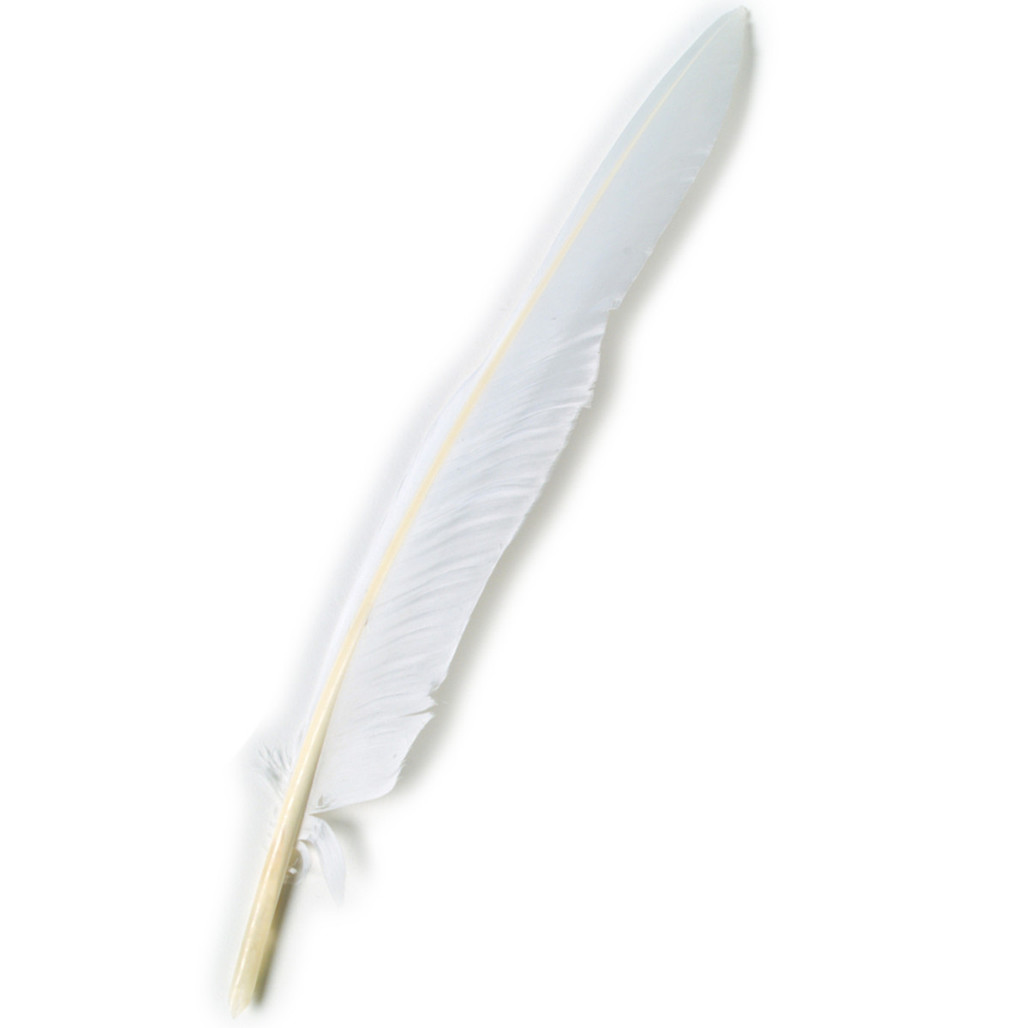