Hand washing recommended. Lid and seal provide security for your drinks, but do not prevent all spills. Exercise caution with hot drinks.

Join, or Die is an early political cartoon which was featured in The Pennsylvania Gazette in 1754 and is attributed to Benjamin Franklin and represented the conflict among the American colonies during the French and Indian War. It was later used during the American Revolution as a rallying cry to unite the colonies in the fight for independence from Great Britain. 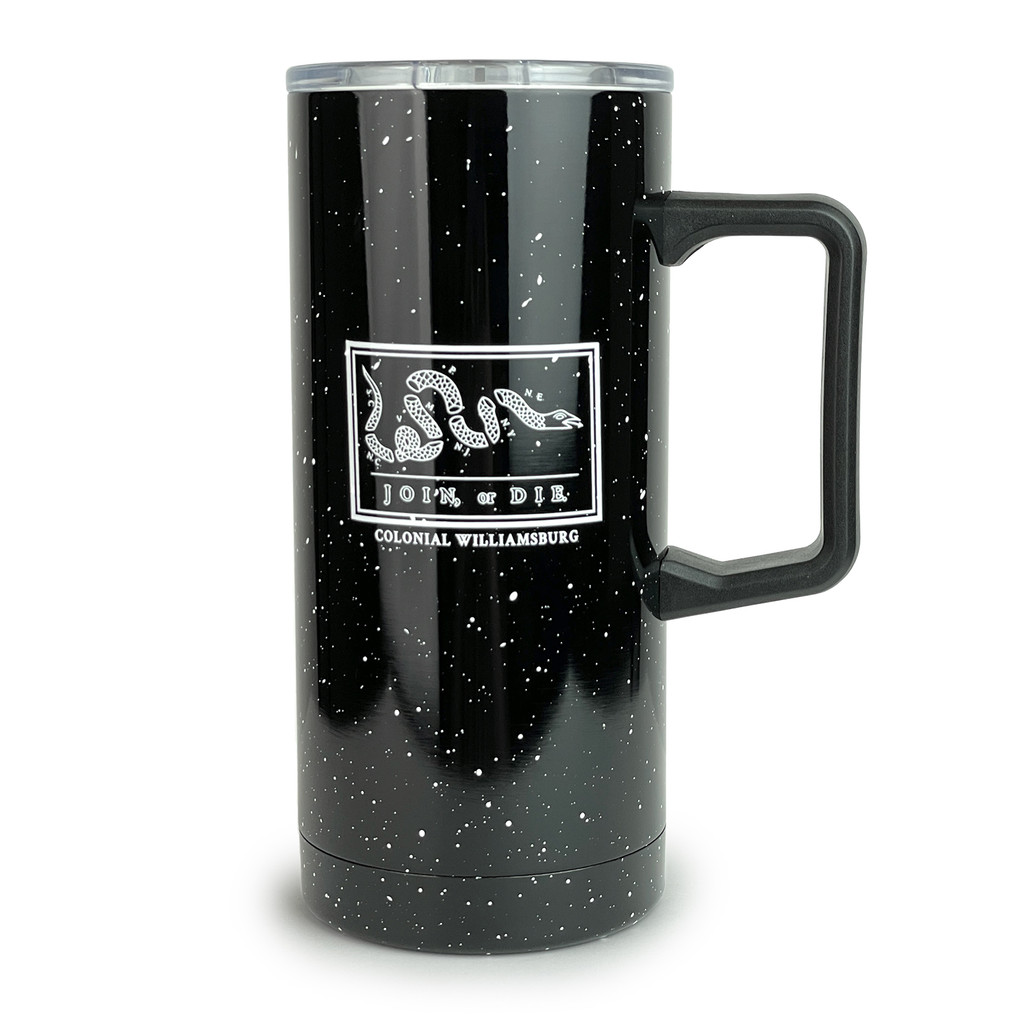