"The Prentis Store Then and Now" Framed Print by Marcia Long

The "The Prentis Store Then and Now" Framed Print by Marcia Long encases depictions of the original Prentis Store of the 18th-century and subsequent restorations of the shop on Duke of Gloucester Street in Colonial Williamsburg. The sepia illustrations are underscored by brief explanations of the store's history. Add this lovely print by local artist Marcia Long to your collection.

William Prentis arrived in early 1715 and went to work in a small frame store on the side of Duke of Gloucester Street in Williamsburg. Dr. Blair had founded the store about 15 years earlier in partnership with his brother, the Rev. James Blair, and their good friend, Col. Philip Ludwell. When Dr. Blair died in 1733 he bequeathed his 1/2 share equally to his three daughters. Elizabeth Blair, married to John Bolling, offered to sell her 1/6 to William Prentis and, upon completion of the sale, the Blair-Prentis-Cary store opened its doors with William Prentis as the store manager. Soon afterwards the store name was changed to William Prentis and Co. known as the oldest store in Williamsburg. It had operated continually for almost seventy-nine years. Shop the Prentis Store on Duke of Gloucester Street in Colonial Williamsburg.

Marcia Long is a local Williamsburg artist. She holds an art degree from the Ohio State University and received botanical art training at the New York Botanical Garden, the Brookside Botanical Garden in Maryland, the Phipps Conservatory and Botanical Garden in Pittsburgh, the Ringling School of Art and Design in Sarasota, Florida and has attended master classes in St. Michael Maryland, Filoli Gardens in Woodside, California and Falls Church, Virginia. 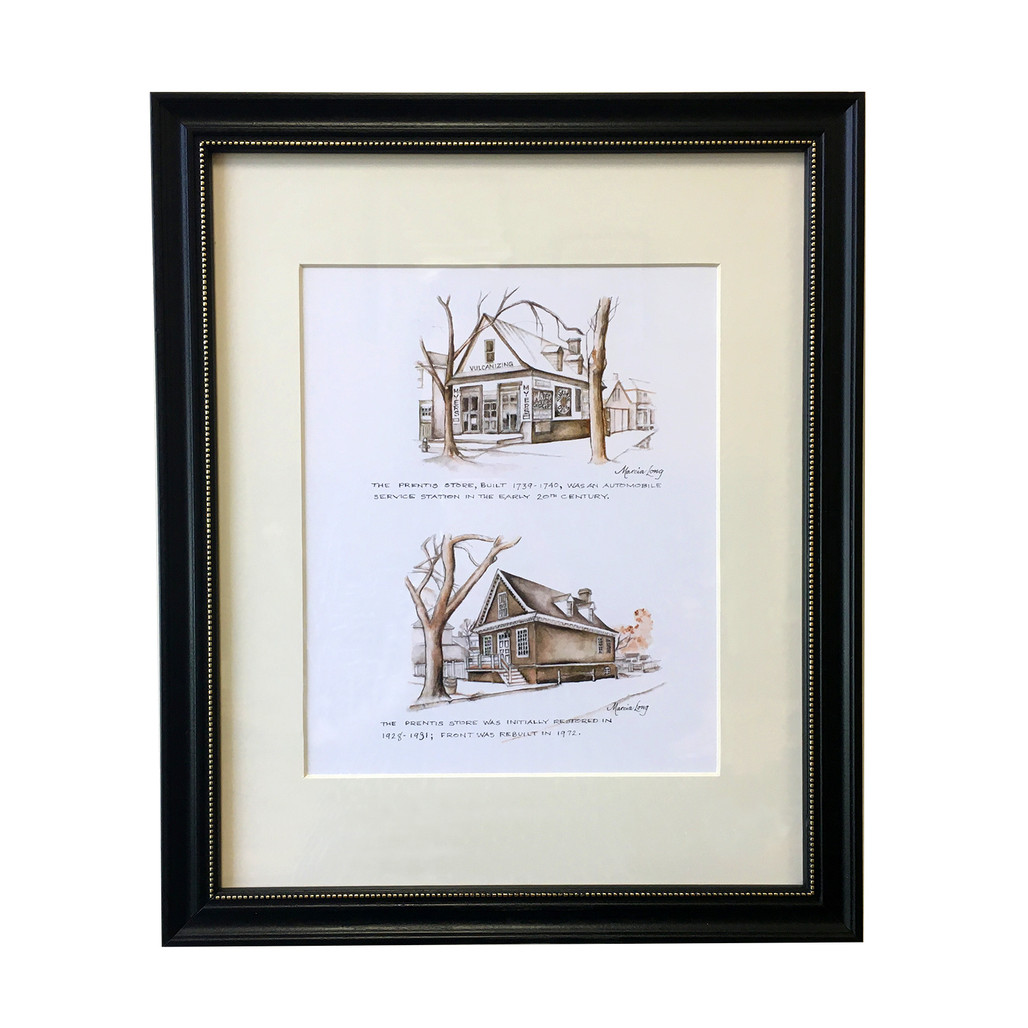 "The Prentis Store Then and Now" Framed Print by Marcia Long