The imposing residence of seven royal governors and the first two governors of the Commonwealth of Virginia-Patrick Henry and Thomas Jefferson-was reconstructed on its original foundations in the 1930s.

From the 17th century to the 18th century, the sampler evolved from a long narrow piece-probably not intended to be framed-to a squarer, non-reversible work with decorative borders that could be framed and exhibited as the showpiece of a daughter's needlework accomplishments.

By the late eighteenth century, young girls whose families could afford it received some type of formal education to prepare them for marriage and their roles as wives, house mistresses, and mothers. Children as young as three attended grammar schools taught by women in their homes. Girls learned elementary reading, simple arithmetic, knitting, and plain sewing by working a modest sampler.

Although to modern eyes, many old samplers appear faded and dull, they were not always so. Their expert stitches were executed with colorful silk on fresh lighter-colored grounds. 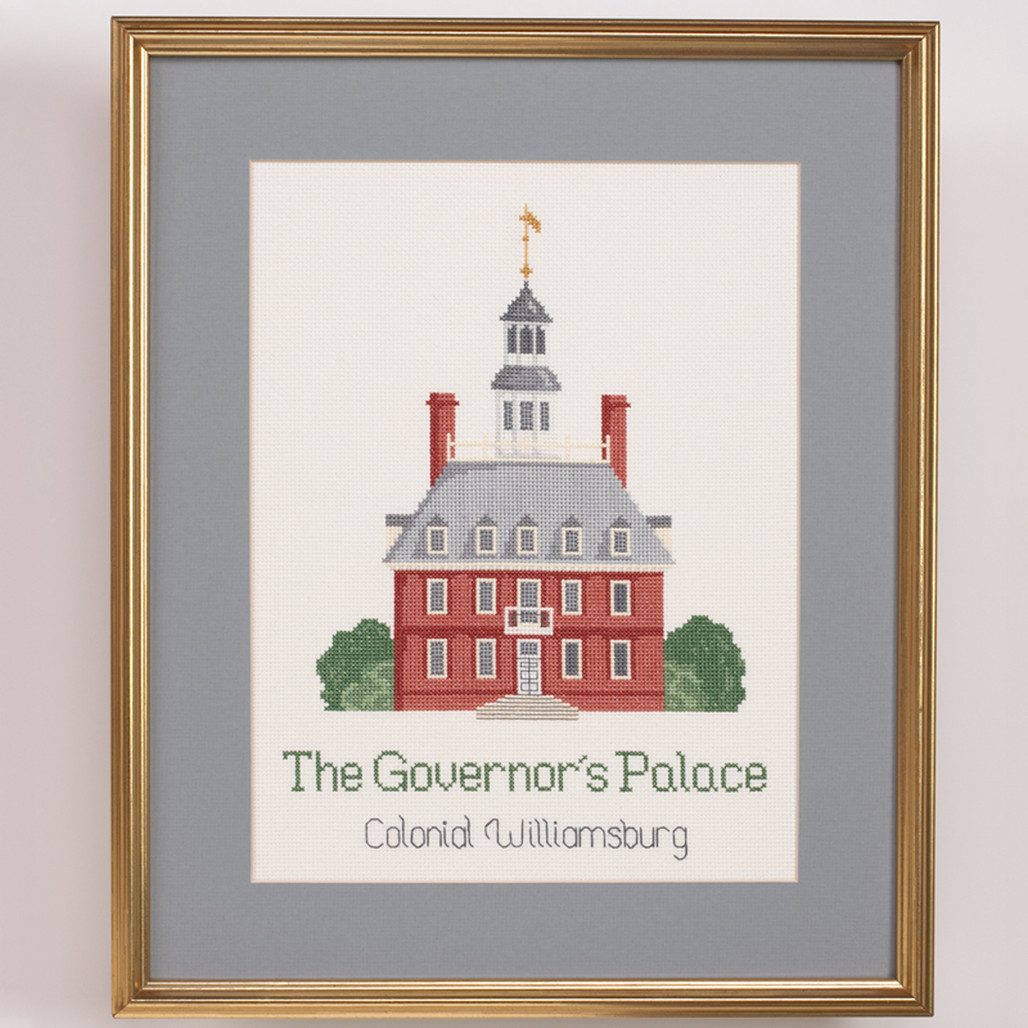