Designed for Colonial Williamsburg by The Posy Collection. Picture frame not included.

The Governor's Palace in Colonial Williamsburg's Historic Area was the official residence of the Royal Governors of the Colony of Virginia. It was also home to two of Virginia's post-colonial governors, Patrick Henry and Thomas Jefferson. The main house burned down in 1781, though the outbuildings survived for some time. The Palace was reconstructed in the 1930s on its original site.

About the Artist and The Posy Collection

For more than two decades, Anne Bell Robb has been painting the American scene, giving us a fresh appreciation of the heritage which is ours. During that same time period, The Posy Collection has been interpreting our major historical sites and natural wonders in cross stitch. This kit is the result of a combination of their efforts aimed at "preserving our story in stitches." The Governor's Palace, one of Robb's most striking historical paintings, depicts the Williamsburg building that was the home of seven royal governors and the first two governors of the Commonwealth of Virginia. 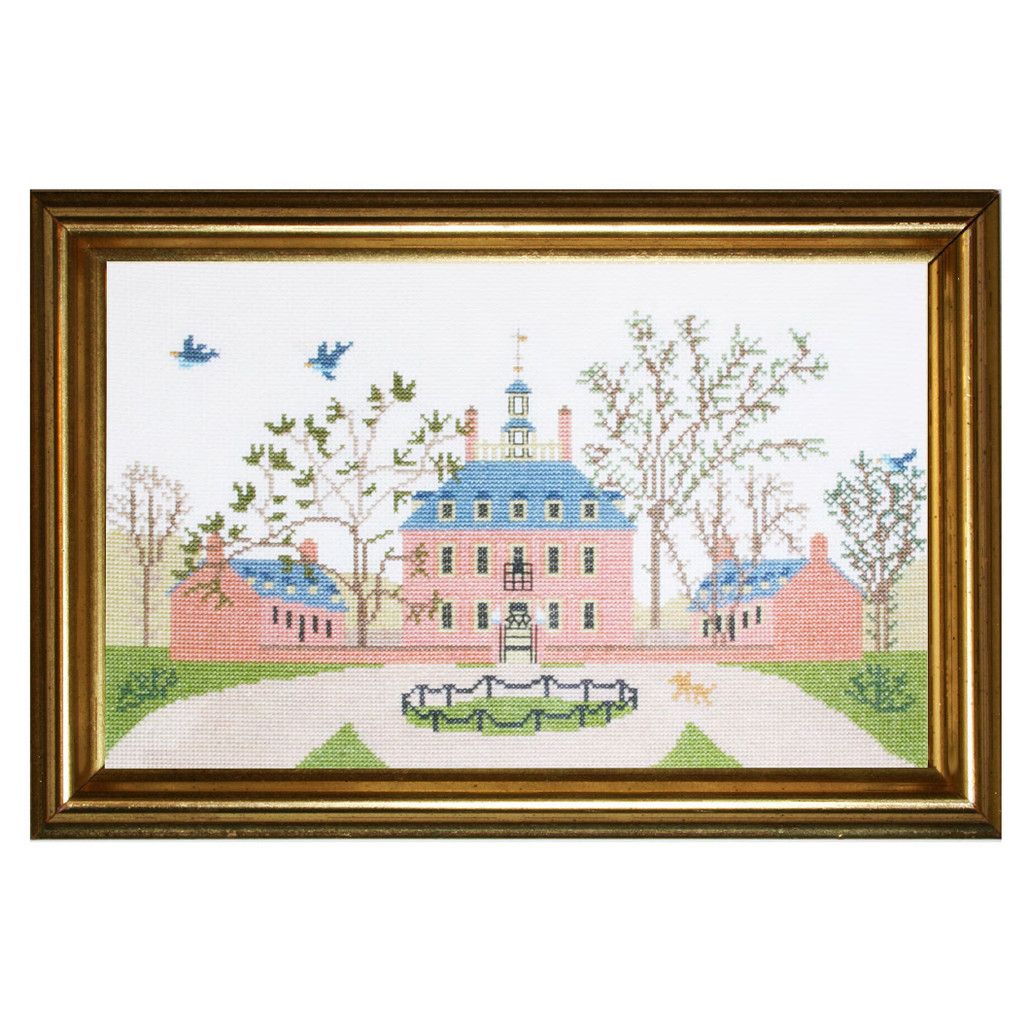