A fun game of strategy and wits comes to a head with the British versus the colonists in this American Revolution-themed chess set. On one side, the Continental soldiers are dressed in traditional 18th-century clothing in navy and cocked hats atop brown platforms, while the British soldiers wear red and stand on white platforms. Polystone. King: 3.5H. Chess board not included. The base size is 1 1/8 for use with a 15 to 16 board with a 1 ¼ square.

The colonies formed the Continental Army after the outbreak of the Revolutionary War. Its purpose was to defeat the Redcoats in battle and establish the thirteen colonies as an independent nation, free from the British King's rule. The Continental Army was the basis for what is now the United States Army, established in 1796. 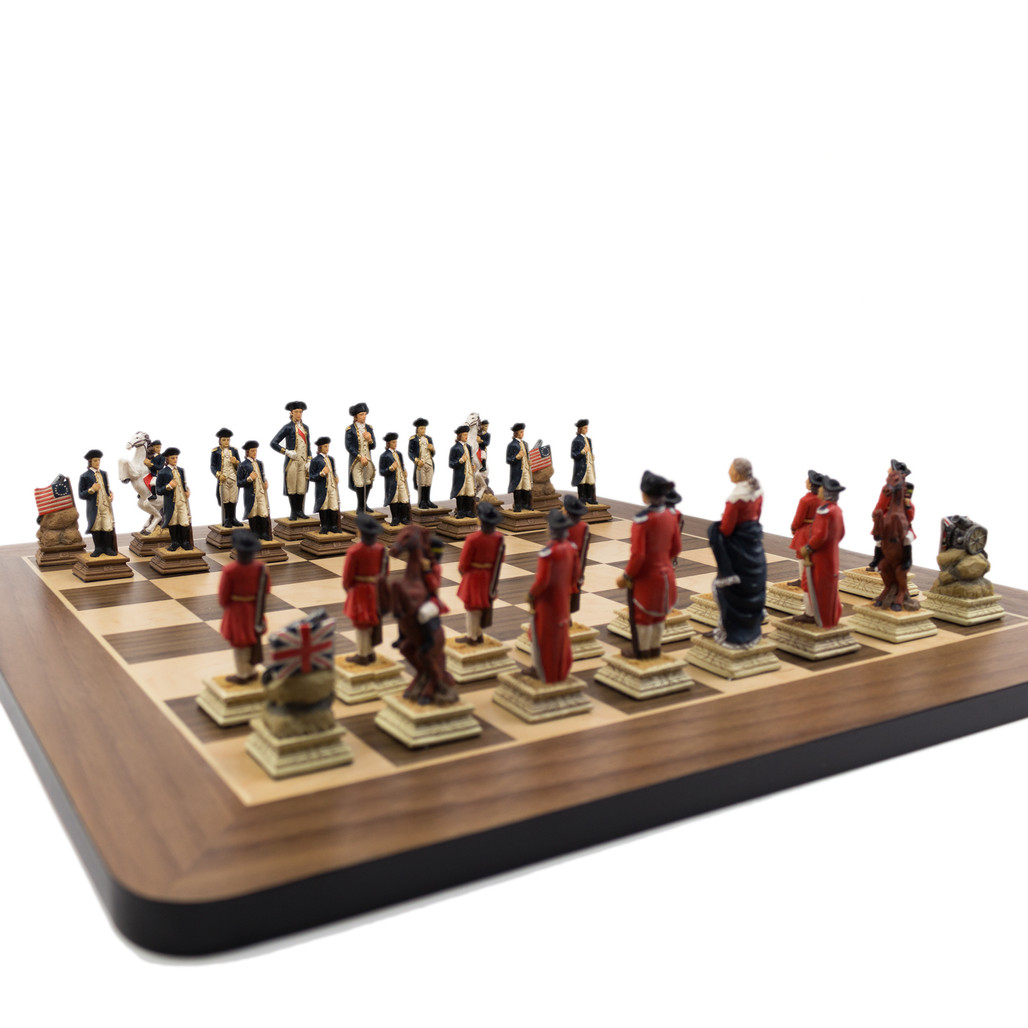