Each year, thousands of visitors from around the country visit the Colonial Williamsburg Foundation's re-created 18th-century capital of Virginia to learn about the past and walk where the Founding Fathers walked. The fact that the same ground was later soaked with the tears and blood of their children and grandchildren during our tragic Civil War is frequently forgotten. In this expanded and revised version of "Yankees in the Streets: Forgotten People and Stories of Civil War Williamsburg," local historian Carson Hudson tells the stories of this hallowed ground and the people who walked it.

Carson Hudson has been passionate about history since he was a young boy growing up in Virginia, surrounded by Civil War battlefields. He is a practicing military and social historian, author, Emmy Award-winning screenwriter and circus fire-eater.

The Author: Carson O. Hudson, Jr.  lectures regularly at museums and colleges on a wide variety of subjects, but his particular interests are the Civil War and colonial witchcraft. He performs regularly as part of the old-time music duo Hudson & Clark and with the Cigar Box String Band. 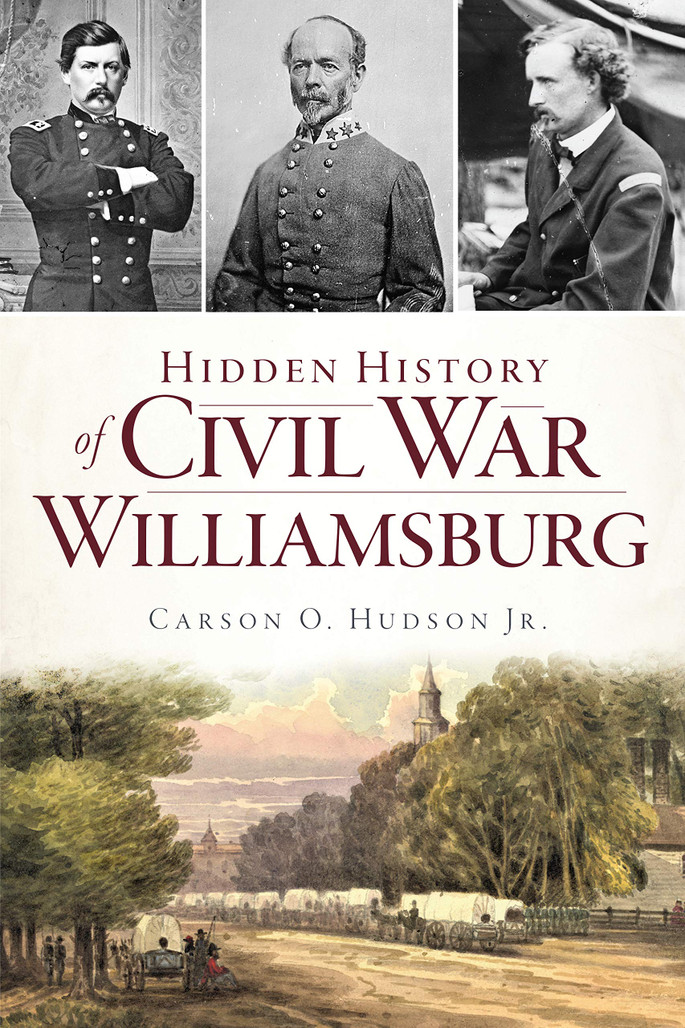