Part 3 of The Colonial Williamsburg Foundation Archive Series: Colonial Life through a Lens.

Filmed in 1965, this docudrama highlights Mark Catesby's first visit to the colonies, where the self-trained naturalist spent time observing his natural environment, making drawings, and sending plant specimens back to his London colleagues.

The early 1700s were a time of great scientific curiosity. Seekers such as Mark Catesby led the way to a bountiful harvest of information on America's plant and animal life.

Extra features: "A Gallery of Catesby Prints from Colonial Williamsburg's Collection" and "Eighteenth Century Life in Williamsburg, Virginia" (1944), the first educational film ever made in the U.S. It depicts a day in the life of a Williamsburg family and other townspeople, in scenes that give flavor to a typical day in 18th-century Williamsburg. 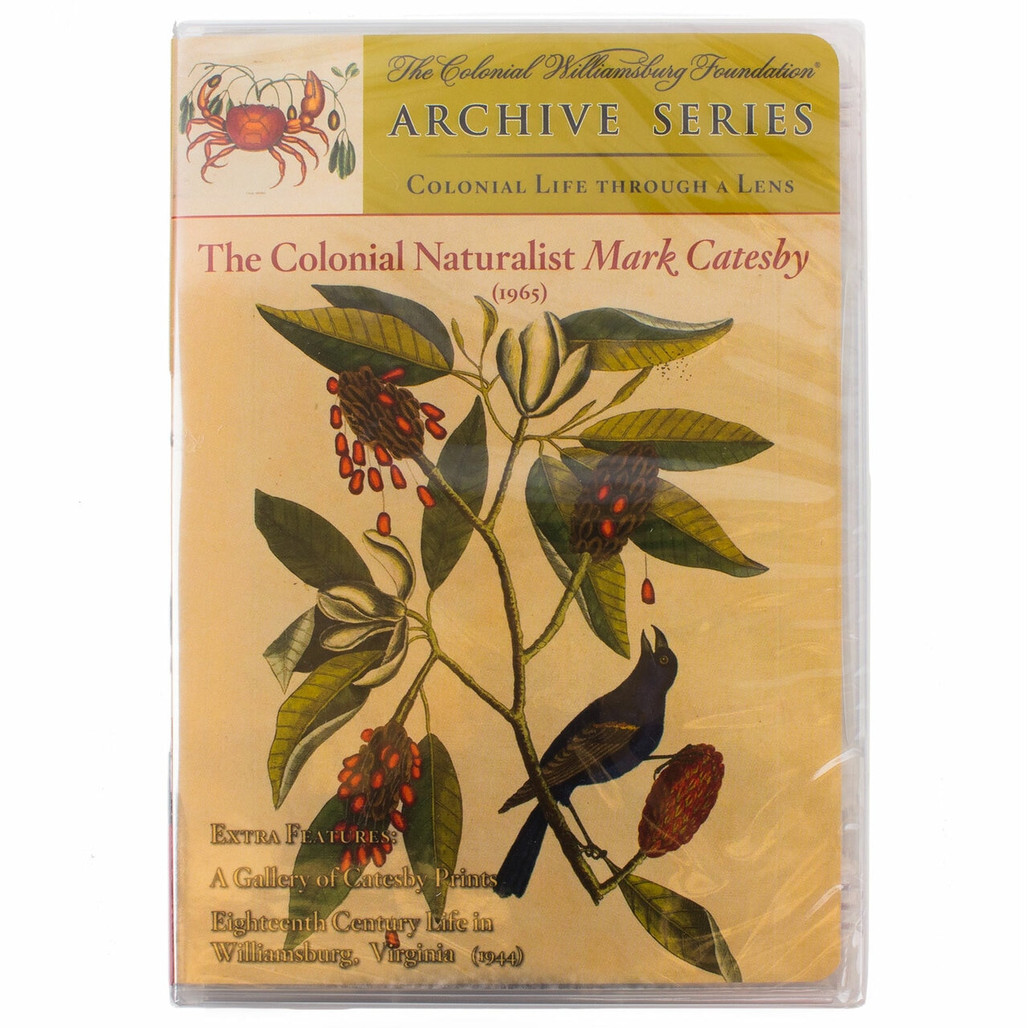