Part 10 of The Colonial Williamsburg Foundation Archive Series: Early Stories of the Restoration

This is a story of remarkable generosity and considerable personal participation, chronicled in 1992 through archival photos and film, a narrative drawn from the record, and the first person recollections of David Rockefeller.

John D. Rockefeller Jr., David's father, first committed to the bold undertaking of the restoration. The Rockefellers then immersed themselves in the details and in earnest association with Colonial Williamsburg. The restored city is a memorial to the generations of Rockefellers who dedicated themselves to crafting this national treasure.

Extra feature: "W. A. R. Goodwin A Link Among the Days" (1997)—With the help of Howard Goodwin, Dr. Goodwin's son, we present an authoritative documentary sketch with family album photographs, rare motion picture footage, and oral history recordings of the man whose vision for a "city beautiful" sparked the restoration of Williamsburg. 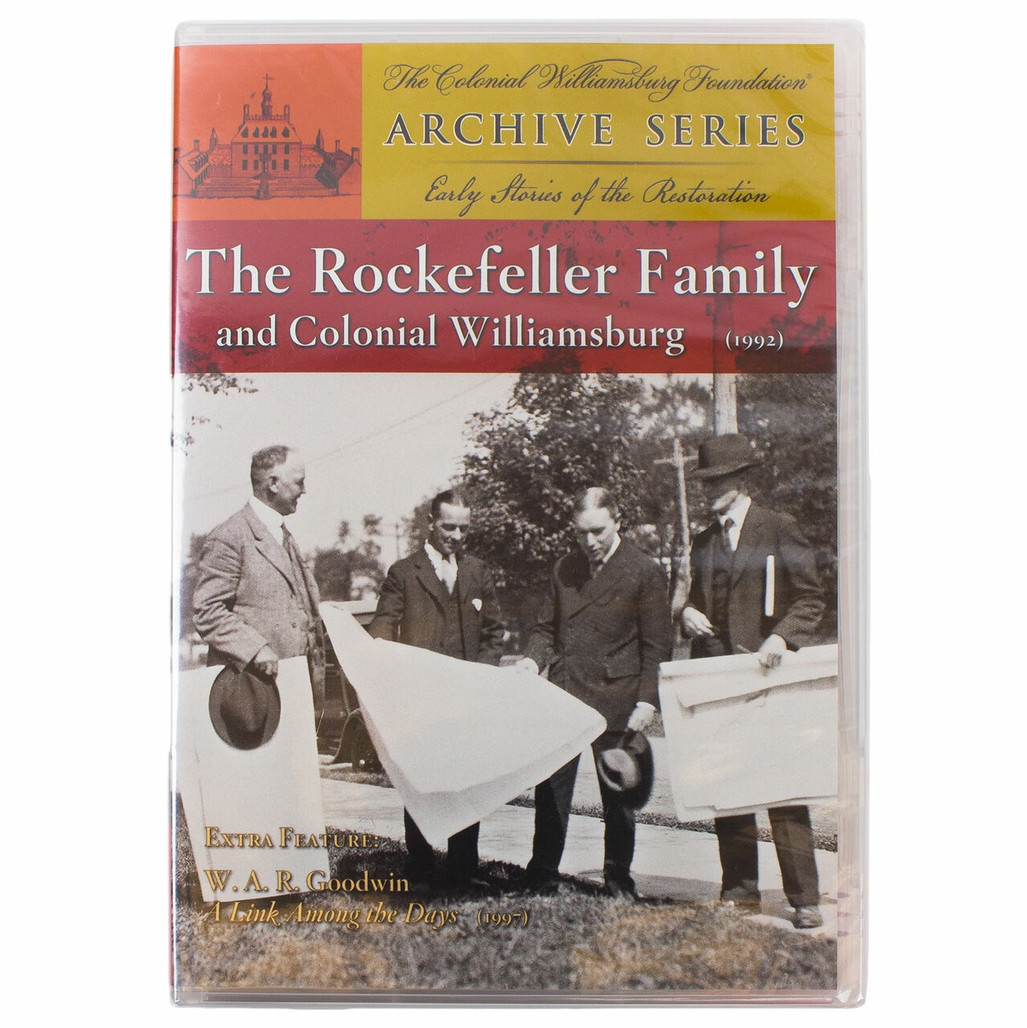