This 1987 documentary shows how re-creating James Anderson's blacksmith shop provided a challenge for The Colonial Williamsburg Foundation's architectural historians and tradespeople. The materials and finish had to be appropriate to a working building: bare framing covered with split oak clapboards.

Housewrights felled trees in the surrounding forests and converted them into building timbers with broadaxes and pit saws. Century-old white oak trees were split and shaved into thousands of boards used to cover the roof and sides. The blacksmiths forged hinges, tools, and thousands of nails so the work could be authentic down to the last detail.

Extra features: "The Cooper's Craft" (1967) shows how the master cooper—using no measuring tool other than his own eyesight—precisely cuts wood into staves and fits components, and "Tools, Working Wood in the 18th Century" (1993) discusses the importance of Historic Trades tools, then and now. 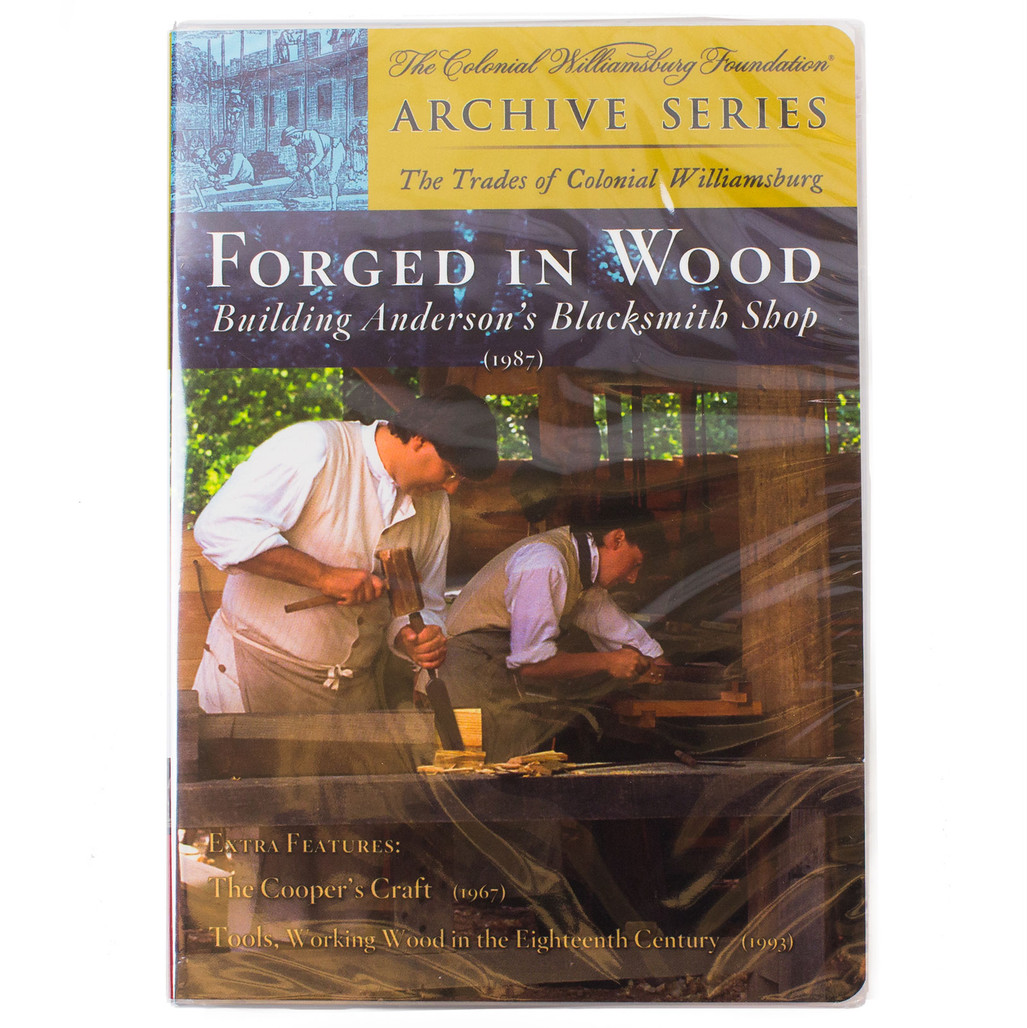