A Glorious System Of Things DVD

Part 8 of The Colonial Williamsburg Foundation Archive Series: Colonial Life through a Lens.

The 18th century was an age marked by an upsurge of scientific curiosity, and this 1983 docudrama shows how early American colonists learned of such important discoveries.

The story revolves around Peter Littlefield, a traveling lecturer on the science of natural philosophy. You'll see a demonstration of the scientific equipment of the period, including a barometer and a model of the planets orbiting the sun.

Extra feature: "The Science of A Glorious System of Things " (1983) We've extracted all of the science experiments from the docudrama into a single presentation for classroom use.

Part 8 of our Archive Series
1983 docudrama on how colonists learned of scientific discoveries
Run time 59 minutes
Extra: "The Science of A Glorious System of Things" (1983), 26 minutes
WILLIAMSBURG exclusive! 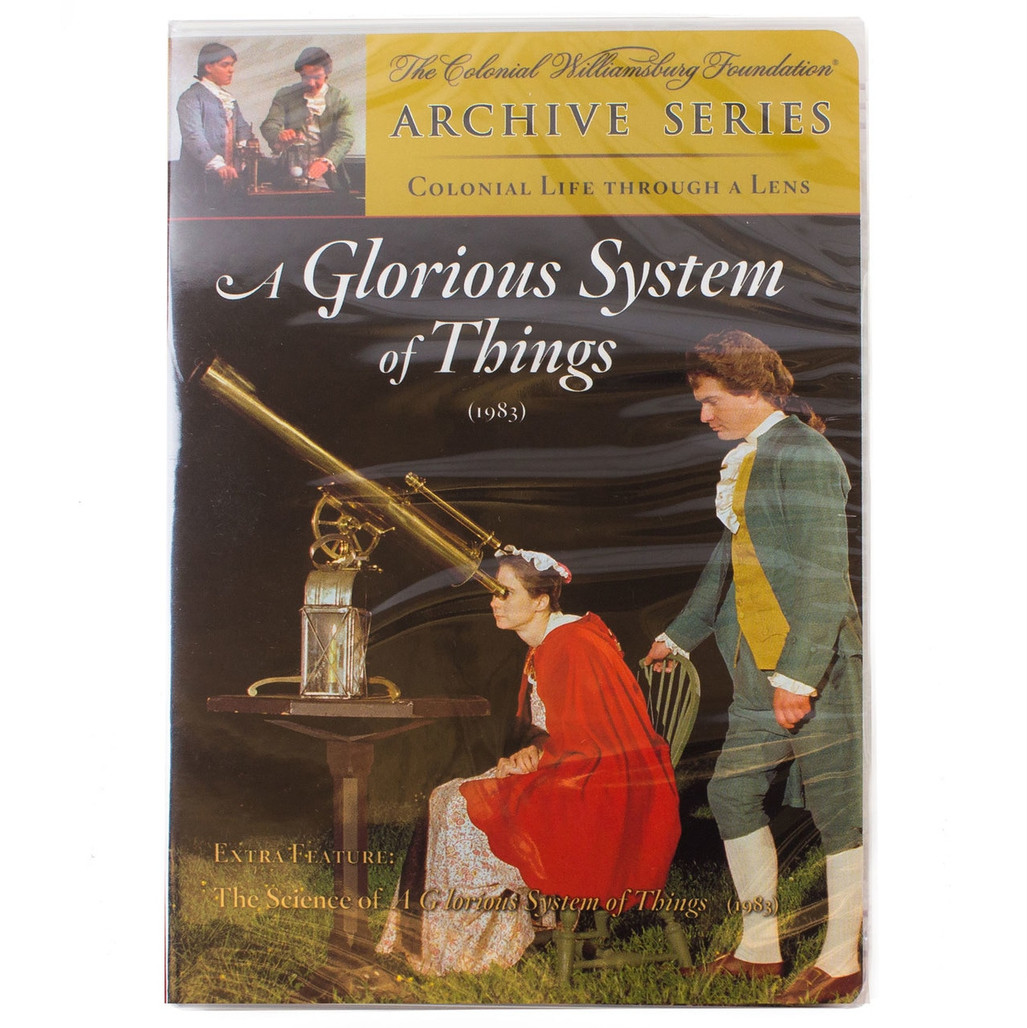 A Glorious System Of Things DVD