Our Etched Rocks Glass features a famous hand drawn map of Williamsburg made by an unknown French military officer during the American Revolution. The map, discovered in Norfolk, was instrumental guiding the historically accurate restoration of Colonial Williamsburg.

This rocks glass makes a wonderful addition to your bar and a fantastic gift for a friend.

Near the end of the American Revolution, a French military officer created a detailed hand drawn map of the streets and buildings of Williamsburg. The identity of the map maker is unknown, but soon after the Revolution, the map disappeared. More than a hundred years later, the map was discovered in the possession of map collector John D. Crimmins who acquired the map in the purchase of a small library in Norfolk. Upon its discovery, the map was donated to the College of William and Mary. During the 1920s when John D. Rockefeller financed the effort to restore Williamsburg with historical accuracy, The Frenchman's Map, as it has come to be known, was an instrumental document in the restoration of the colonial capital of Virginia. 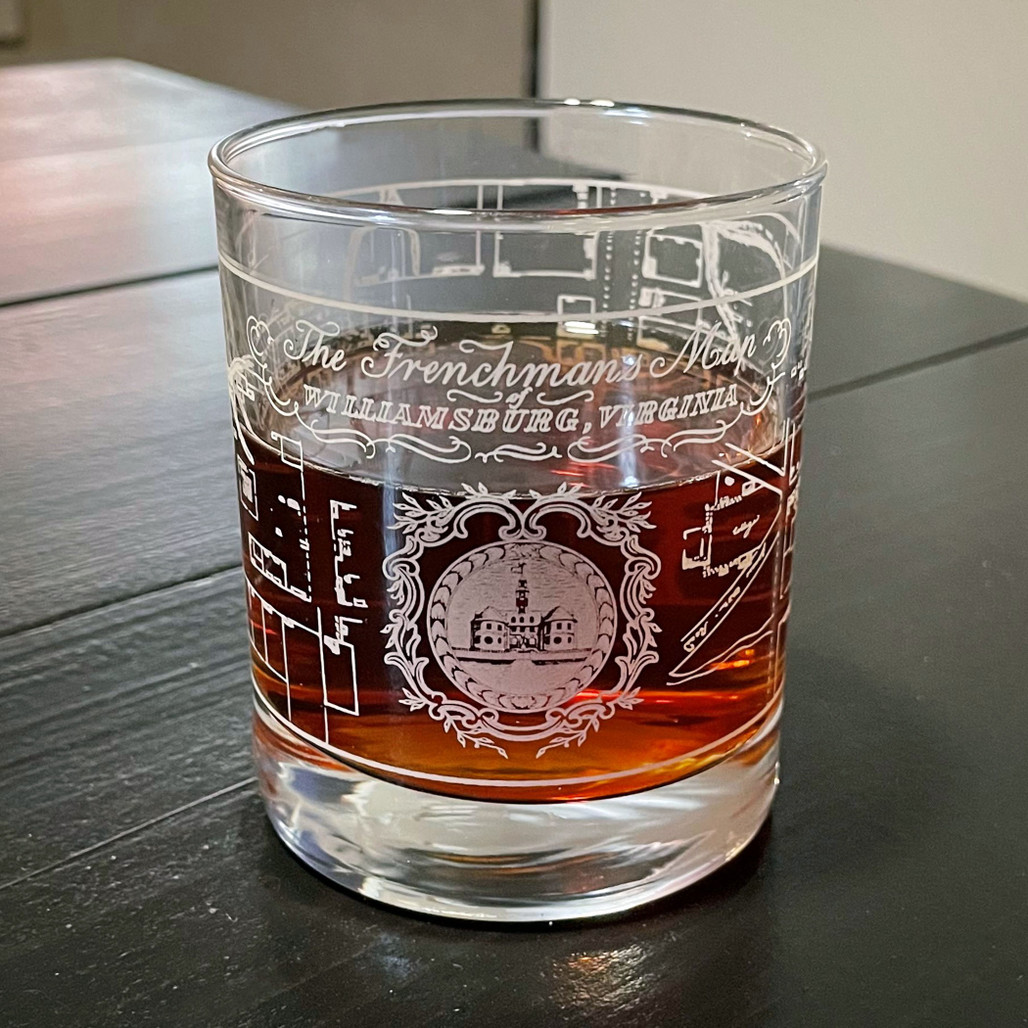