This Etched Rocks Glass features the famed Fry and Jefferson map. Dating from 1751, the map was described as, "A Map of the most Inhabited part of Virginia containing the whole Province of Maryland with part of Pennsylvania, New Jersey and North Carolina." The map depicts an area from the Atlantic Ocean to the Blue Ridge Mountains, and is considered the most accurate 18th-century map of Virginia. The map was researched and created by Thomas Jefferson's father, Peter, an accomplished surveyor, and Joshua Fry, a professor at the College of William and Mary.

This rocks glass makes a wonderful addition to your bar and a fantastic gift for a friend. 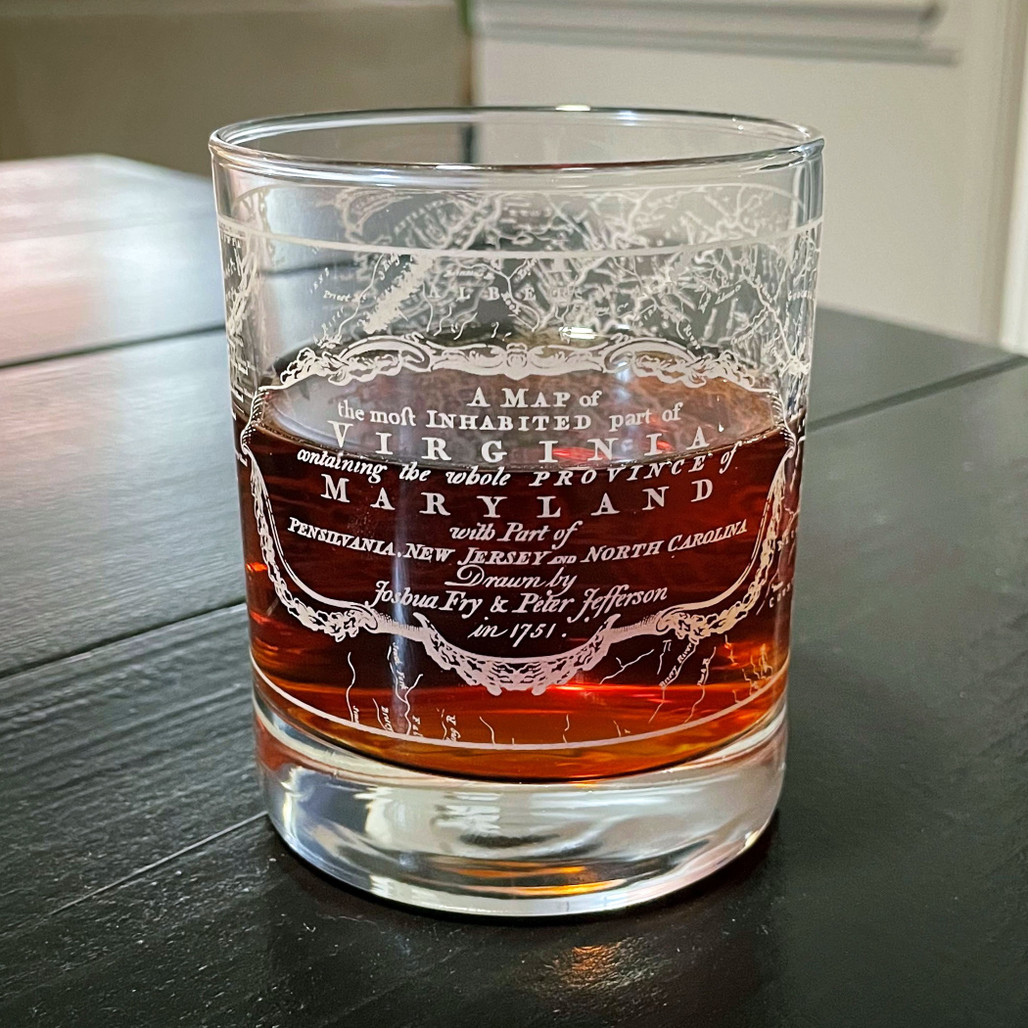