This Lined Cape with Velvet Trim 18th Century Sewing Pattern from Fig Leaf Patterns is drafted from an original piece dating to the late 18th century and early 19th century in the collections of the Daughters of the American Revolution. Capes were worn by all women and were most commonly made of wool but could also be made of silk and velvet. This pattern is made from a rectangular shape of fabric rather than a semi-circle.

Hooded Cape, Cape, Mantle, Cardinal, Cloak are all names in use for a outerwear garment that usually is semi-circular and without sleeves, although there seem to be more variations than there are hard fast rules as to what makes a cape a cape, depending on the country and the century. This one is not semi-circular but a rectangle with curved edges. Very little is known about this provenance of this garment. It was featured in the DAR Museum's exhibit “An Agreeable Tyrant”: Fashion After the Revolution.

The mission of Fig Leaf Patterns is to produce commercial patterns based faithfully on the style and construction of surviving garments in museum collections and private collections. 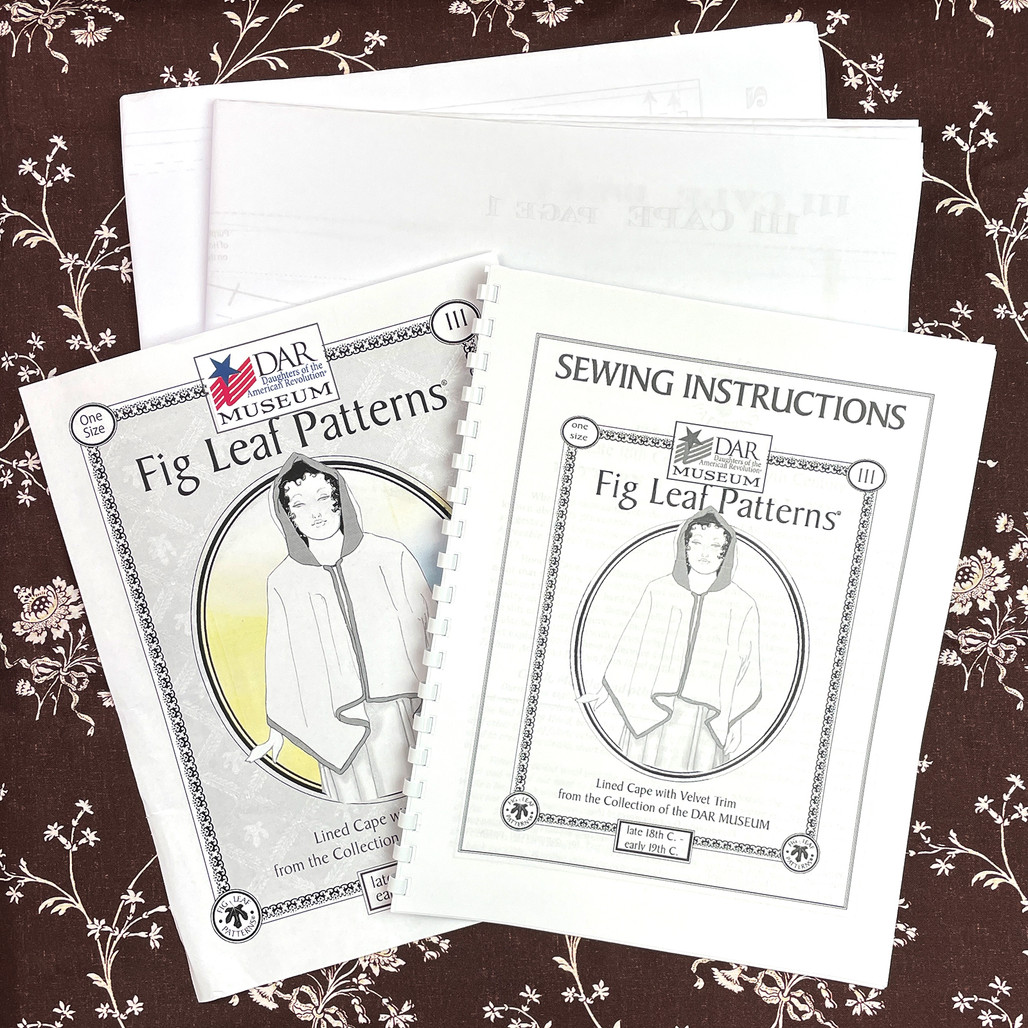