Gunpowder Tea is tightly rolled, then lightly roasted, giving it a dense, dark appearance that is similar to actual gunpowder. Witness the “agony of the tea leaf” as the green gunpowder tea leaves slowly and fitfully unfurl in hot water.

In 1768, inhabitants of the British Colonies in America consumed more than a million pounds of tea. Various grades of Gunpowder Tea were a regular import to the American colonies by the British East India Company. The willingness of revolutionaries to boycott tea in the 1770s is a testament to their resolve. 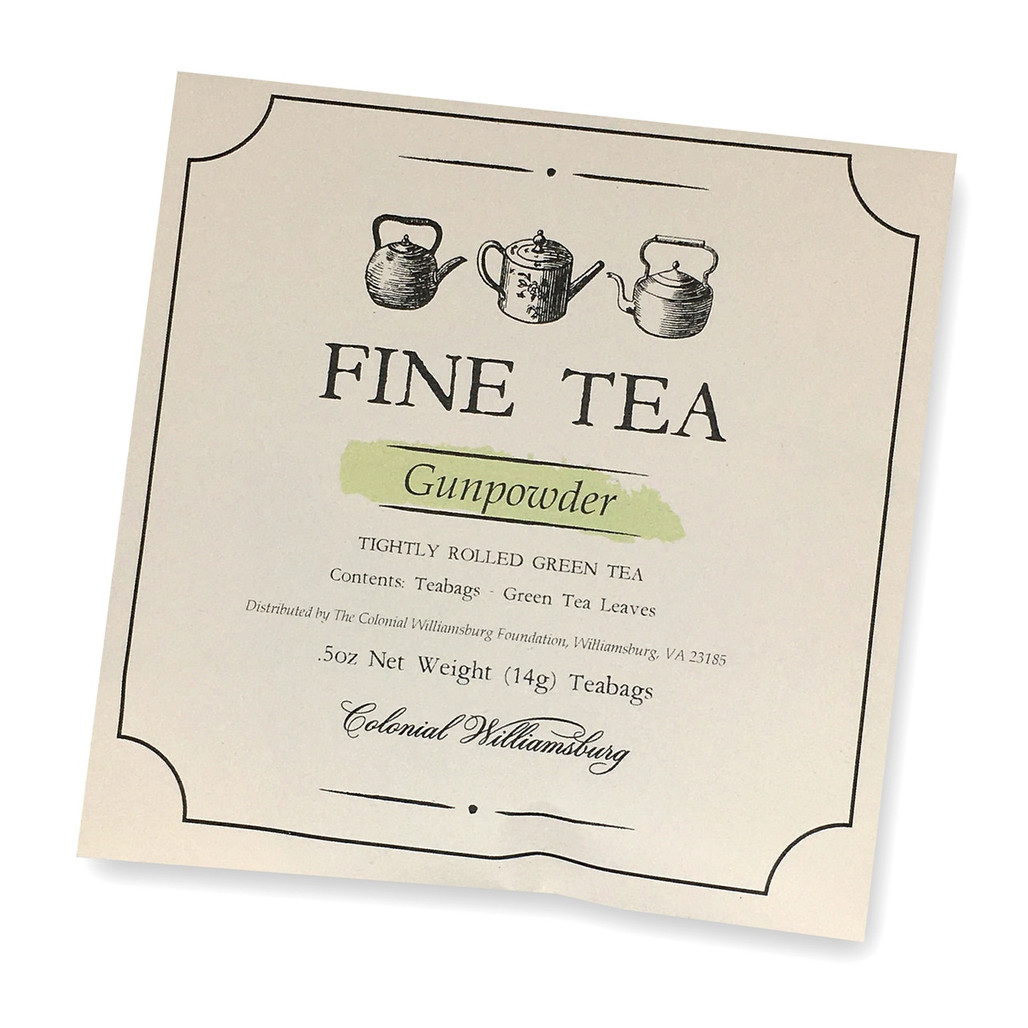