Oolong tea is created to have characteristics of both green and black tea. The lightly oxidized tea leaves are withered in the sun before twisting, curling, and drying. The result is a tea with unique woody aromas and smooth, mellow flavor. Includes .5oz. net weight (14g) teabags inside a beautifully packaged envelope. Blended in Charleston, South Carolina by the Oliver Pluff Company exclusively for Colonial Williamsburg.

In 1768, inhabitants of the British Colonies in America consumed more than a million pounds of tea. Oolong was discovered in the Wuyi province of China in the 16th century, and was often pressed into tea bricks or tea cakes. Americans in the 18th century purchased tea from this region in this form, which preserved it for travel. When tea cakes fell out of fashion and loose tea was preferred, the more modern form of oolong was produced. The willingness of revolutionaries to boycott tea in the 1770s is a testament to their resolve. 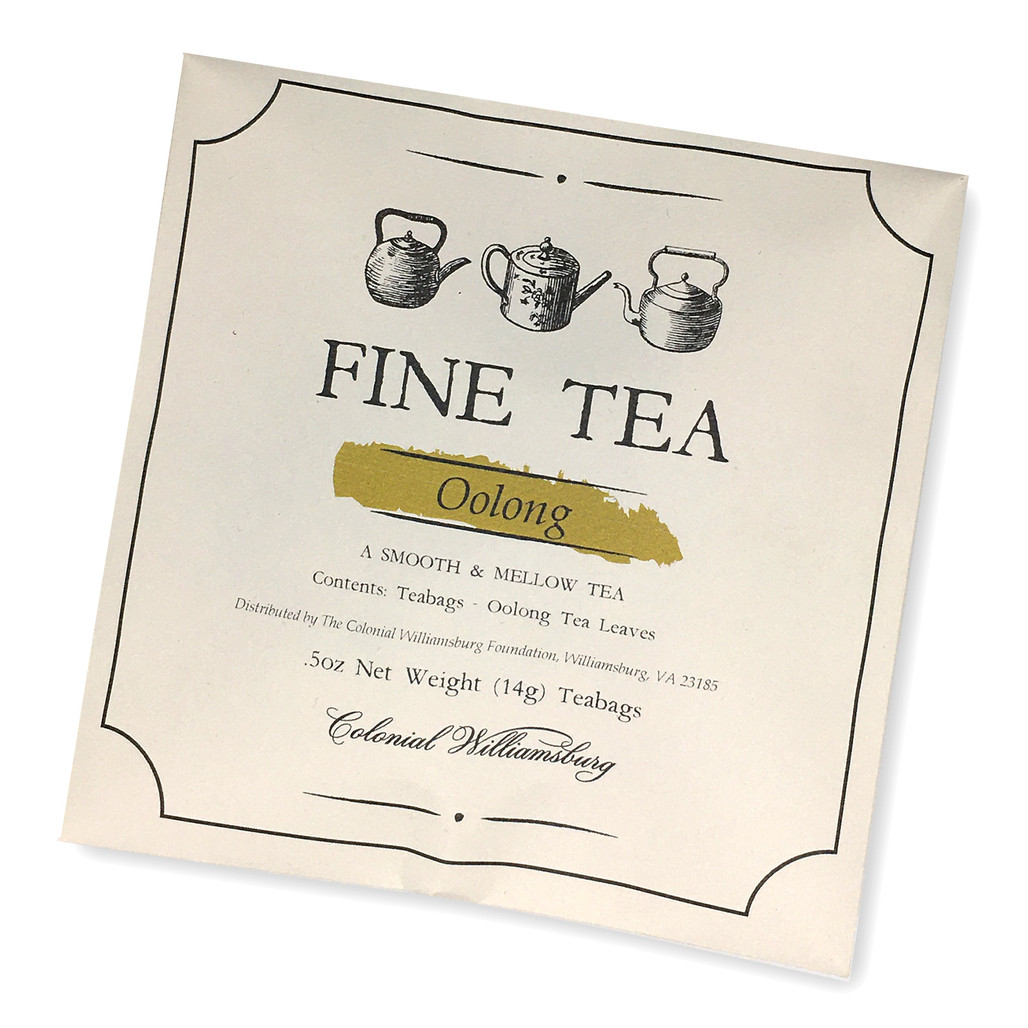