Young Hyson has a light, sweet taste. It is created from green tea leaves, picked in Spring, then thinly rolled to have a long twisted appearance. This loose green tea is beautifully packaged in a 4 oz canister in Charleston, South Carolina by the Oliver Pluff Company exclusively for Colonial Williamsburg. Includes brewing tips and historical notes.

In 1768, inhabitants of the British Colonies in America consumed more than a million pounds of tea.

Named for tea merchant Philip Hyson, Young Hyson was imported to colonial America by the British East India Company. Young Hyson tea was highly prized and the tea tax was higher for Hyson than other teas.

The willingness of revolutionaries to boycott tea in the 1770s is a testament to their resolve. 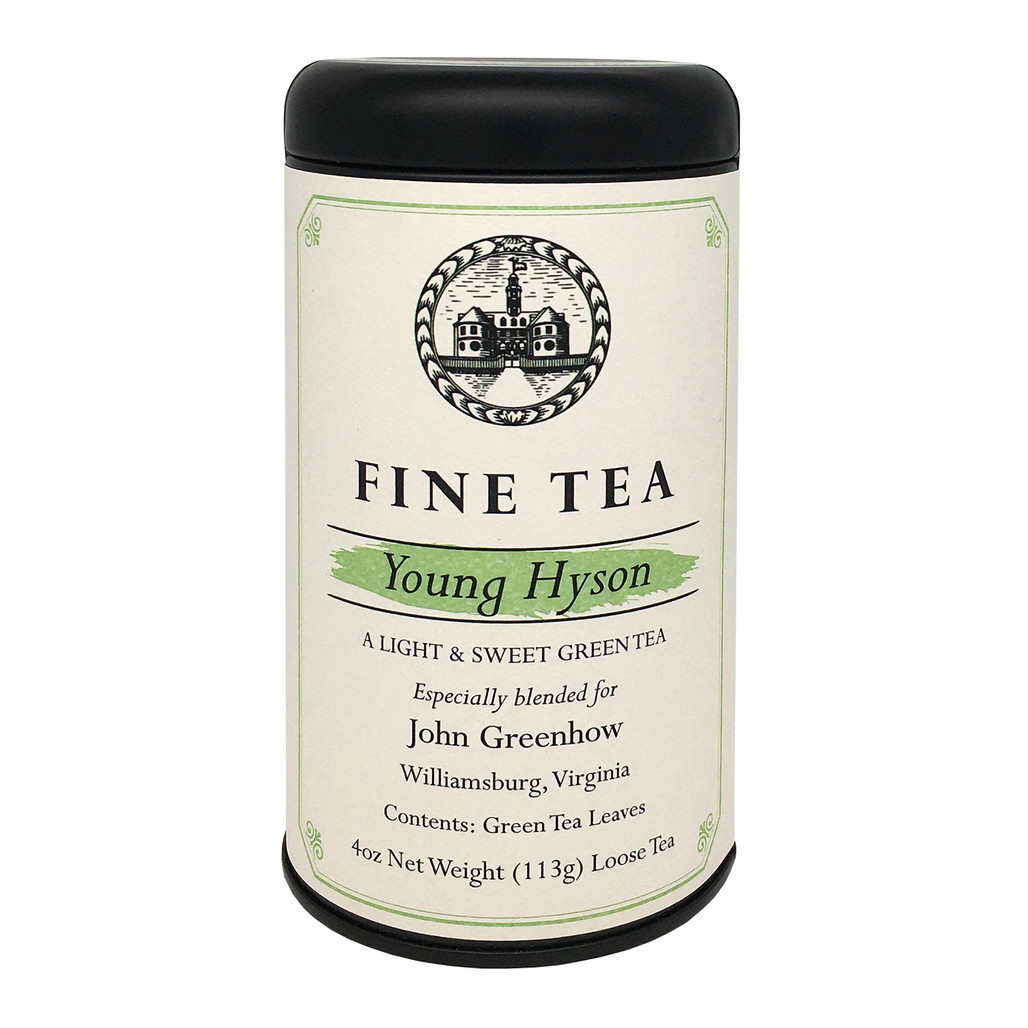